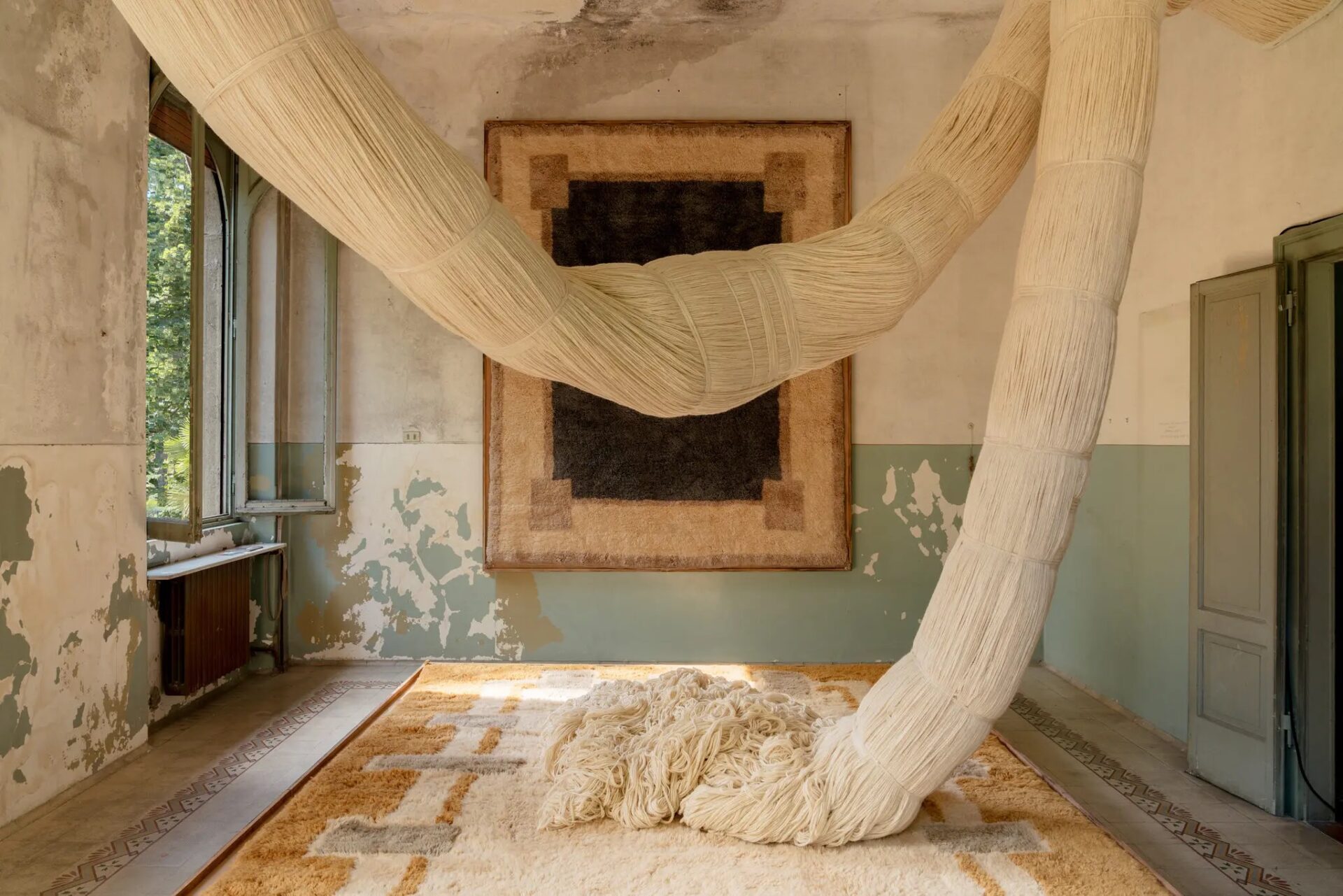 It’s not a stretch to call Milan Design Week the biggest annual showcase of design in the world. Milan has been thrice postponed, and this year the fair, in June, marked Salone’s 60th edition, and a major return after Covid. It was a restart with a lot of positivity and energy, and the joy of being together to experiment through design.

This has felt a bit like a transitional year, though it hasn’t yet felt clear what direction that transition will lead to. It hasn’t felt like there’s been as much focus on ‘the new,’ in part because everyone’s been so focused on surviving. There was a focus on revival and recycling; and a huge hunger on show for colour, comfort and craft.

It is no secret that the home sector was, relatively speaking, a beneficiary of Covid.

People’s confinement to their homes during lockdowns provided us time to re-evaluate our domestic surroundings. The pandemic triggered a permanent shift in the way people across the world live in their homes, which is encouraging many to renovate. Many professionals across western countries have also relocated to the countryside, creating growth potential for high-end outdoor lighting and furniture. There’s been a renaissance of beautification for outdoor spaces and the home. Covid was a wake-up for how we live at home.

So there was a definite feeling of optimism around Milan’s fair.

There is the official fairground in Rho, 32 kilometres to the northwest of the city centre, where more than 2,000 companies show their wares in 20 pavilions. But within the city, there’s a sprawling network of related events, resulting in a citywide takeover teeming with gallery and showroom exhibitions, pop-up installations, independent satellite fairs and Instagram-worthy brand activations that offers the best snapshot of design trends for the year.

We are longtime friends of the Milan fair, having made an annual pilgrimage over the past 30 years and although this year, we didn’t attend, from all reports from those in attendance, the key design takeaways made the effort worth it. Here is the best snapshot of design trends for the year that are likely to make it into our homes in the months to come. Read more, “Twelve Trends That Will Shape The Way We Live This Year.” A shelving unit by Nifemi Ogunro for “This Is America.” Photographer: Jonathan Hokklo

As might be expected in 2022, there was a palpable sense of sustainability and responsible production as normalcy, with much more discussion and also display alongside these objects — chairs, carpets and furniture — concerning their life cycle, which makes a gigantic difference. There were also installations and discussions about the role of design in society at large, without focusing on objects unnecessarily. But objects are now the Trojan horse for those topics, in a way they were not necessarily as much before.. In another form of recycling, many products from the past are being revived and made bracingly contemporary. Many established studios and brands such as Hermès, Martino Gamper and Dimorestudio are “reimagining vintage works” or making use of reusable materials.

“Sustainability has been a consistent theme,” said the interior designer Kelly Wearstler. The mere sight of plants is said to foster a sense of calm. After pandemic lockdowns that sent many spending months in isolation at home, designers embraced the serenity and escapism of pastoral settings and landscapes. With motifs ranging from waterways to botanical paintings and forested landscapes, several designers shared collections that offered aestheticized takes on biophilia.

Calico Wallpaper has centred many of its designs around abstracted nature scenes, including sunsets, moonscapes and flowers. For the company’s latest release, Tableau, a collaboration with the interior design and architecture studio AB Concept, the team looked outside for inspiration. Conifer-dotted, alpine mountain ranges in a range of eight painterly metallic colourways are based on photographs that AB Concept’s founder, Ed Ng, took from his home in Karuizawa, Japan.

“We had just moved from the city to upstate New York during the pandemic, and like Eddie, we now live in a mountain house that’s completely surrounded by beautiful forests,” said Rachel Cope, the creative director and co-founder of Calico Wallpaper.

“This idea of bringing the outside inside is something we’ve always done at Calico, but because of the pandemic, we’re even more focused on bringing in these immersive landscapes that can transport us to another place and time.”

Immersive, floral scenes also made a splash in the Milanese brand Pictalab’s “Portaluppi Herbarium,” a new collection of printed floral wallpaper that created a trompe l’oeil homage to a grand garden room at the late Milanese architect Piero Portaluppi’s Casa Atellani, a historic Milanese palazzo. Meanwhile, “On Forest,” a symposium curated by the research and design studio Formafantasma as the debut iteration of Prada Frames, brought together a multidisciplinary mix of artists, activists, law experts and scientists to critically discuss the relationship between design and the natural environment. Read more, ‘Top Interior Design Trends For 2022.’ Designers and brands, established and emerging alike, embraced the many faces of craftsmanship from across cultures. Every time there’s a big change in culture and technology, crafts and local means of production re-emerge in a very important way, a kind of slow design that is similar to the notion of slow food. We still have the means of production that are industrial, of course, but now we have, in a way, come to re-evaluate and appreciate modes of making that are not necessarily industrial.

Loewe’s presentation, “Weave, Restore, Renew,” shined a light on regenerative craft practices from Spain, Galicia, and Korea that highlight the beauty of age and repair; each has informed a collection of four new woven bag designs made from straw, leather and corded paper, and reeds.

For the main part of the project, Loewe gave 240 existing baskets in various states of disrepair to four artisan makers who, using a special leather string repair technique, made them new again.

The London-based Italian designer Martino Gamper focused on re-use, a path he has frequently followed before. For the Milan exhibition, he acquired  30 pieces of furniture from the English company Cox, which started making tubular steel-framed chairs and tables in the 1930s. “I started chopping bits off, and reworking the frames,” says Gamper, who is a master of reconfiguration. For the Salone, he has grafted brightly coloured sections in laser-cut steel to the old frames and reupholstered chairs in undyed French wool. The tables are topped with new linoleum. Read more, ‘9 Design Trends We Will Be Seeing In The Very Near Future.’ We’ve long promoted the idea of finding your inner child when decorating and having fun while you’re doing it. The idea is when you decorate, be unselfconscious like children are. You might find it better therapy than a psychiatrist’s chair. If it works for you, it works. So we applauded the work of the design duo, Atelier Biagetti, known to produce ironic, tongue-in-cheek installations that explore design as a storytelling device and “create a sense of theater that speaks to the emotions,” Mr. Biagetti said. In previous showings, the pair have tackled taboo conversations around obsessions with wealth, the culture of fitness, and even sexuality. This year, they embraced their inner child — and a request from their young daughter to create, rather than a piece of furniture, “a giant cat you can hug,” sized at surreal, Fellini-esque proportions.

A series of new seating inspired by slumber was showcased by the Los Angeles upstart Otherside Objects, founded by Sam Klemick, a fashion designer who transitioned into woodworking and furniture at the onset of the pandemic. An oversize collection of seating, featuring tufted, duvet-like cushions and rounded conical legs. Intimately aware of the fashion industry’s scale of waste, Klemick’s designs make use of salvaged wood and deadstock fabrics whenever possible.

Elsewhere, the New York designer Eny Lee Parker debuted the Cloud chair in a group exhibition presented by artist Daniel Arsham and StockX, the online marketplace favourite of hypebeasts and sneakerheads. Additional works that cradle and comfort the body, including Bohinc Studio’s Peaches seating collection — made from curvaceous, voluptuous contours celebrating the female form — speak to a desire for tactile connection, comfort, and solace in an ongoing pandemic era.

The discomfort of the pandemic has heralded this new comfort. And this time, it’s the interiors equivalent of speaking your truth. In other words, finding the courage to create your own interior’s narrative. Lights by Ladies & Gentlemen Studio for “This Is America.” Photograhper: Jonathan Hokklo

There’s a move to the bright side with a new mood representing a wave of relaxed euphoria that is determined to dispatch any bad memories of recent times. “Across the board, the use of colour this year is really refreshing to see, where previously it was quite monochrome,” Kelly Wearstler said.

For all the uncertainties of the past three years, the perennial trend of sleek geometric forms and colorful palettes has been a mainstay of the social media era. It’s an aesthetic that equally pleases the eye and translates well to the screen – and is guaranteed to brighten up your home and your spirits.

Trends – or anti-trends, as some called them – emerged.

The new rule was to break the rules: at La DoubleJ, new Murano glass vases in jewel-like colours and clashing print tableware were shown, creating a joyous assault on the senses. The clashy-mashy style is also featured at Return to Arcadia, a collection for the fabric house Rubelli by the British designer Luke Edward Hall. Fornasetti’s garden furniture, punctuated by vibrant pops of colour and emblazoned with the whimsical motifs long associated with the Italian design maestro, was a show standout. Read more, ‘The Big Picture Home Designs Taking Off Right Now.’ Fashion staged a takeover of the festival, as Milan became a catwalk. Few could fail to notice the new additions of the Fendi and Dolce & Gabbana megastores to the city, both lifestyle meccas for fashionable living. Fendi showed new designs, including a jaw-dropping bar cabinet conjuring its signature Pequin stripes in rich veneers. Among its star collaborators was Swiss design trio Atelier Oï, who was in town to oversee their Fendi creations in situ, including their dome-style Metropolis table. The trio also designed new pieces for Louis Vuitton, previewed at the French fashion house’s colour-saturated installation on Via Bagutta. Its Belt Lounge Chair, Belt Bar Stool, and Belt Side Stool featured seats made of strips of Vuitton leather held in place with brass buckles – reminiscent of those used on the Maison’s bags.

Even in Milan during the furniture fair, it’s good to be reminded that design is about more than tables and chairs. You might have an amazing coffee table, but there are broader issues.

Underlying the cheer is an element of bravery. The past couple of years gave us a reprieve from trends as we knew them, which in turn enabled us to focus on the bigger issues at stake: the environment, sustainability, and community.

We need to be pioneers, of bringing craftsmanship on a global scale together, recycling and repairing what we have. The new bright mood speaks of a yearning for simplicity as well as the pursuit of joy. The much-touted return to normality is a misnomer. We don’t want to go back to the way things were, we want something better, more nurturing in terms of both planet and people, psychologically, for our wellbeing. And where better to start than at home? *Lead image: New floor coverings by Colin King for Beni Rugs and a fiber-art installation by the artist Amine El Gotaibi. Photo credit: Sean Davidson. 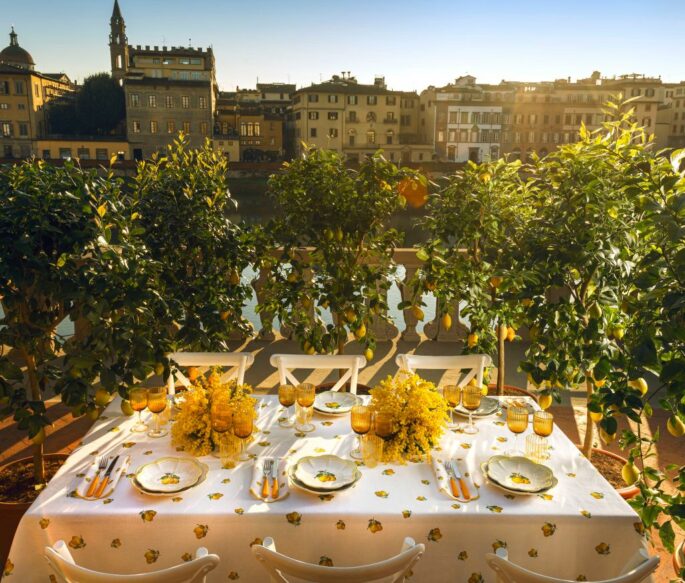 Parts of this story is an excerpt from The New York Times.