HOW TO CHOOSE A GOOD INTERIOR DESIGNER

Separate the truly talented from the dabbler and the dilattente. The problem with the interior design industry is that there are almost no barriers to entry. Anyone in possession of a phone and a clutch of paint charts can set up a business and start charging a fee. In the UK and Australia, architects are regulated by an Architects Registration Board, but for interior designers, no equivalent statutory body exists besides the the Design Institute of Australia, that represents designers in Australia. Books and magazines used to be our window into the once-rarefied world of design. The internet has changed that. Google “interior designer” and you will be met with centimetres of results. And the number is growing.

Despite the recent hoo-ha over Instagram’s move to prioritise video over photos, the platform, with its 24-hour carousel of aspirational images, is still a useful place to find designers in any style, from minimal to modernist, country house to bohemian. The problem remains, however: if you are looking for the right practice for your project, how do you find someone good?

How, among the multitudes, do you separate the truly talented from the dabbler, the chancer, and the dilettante? 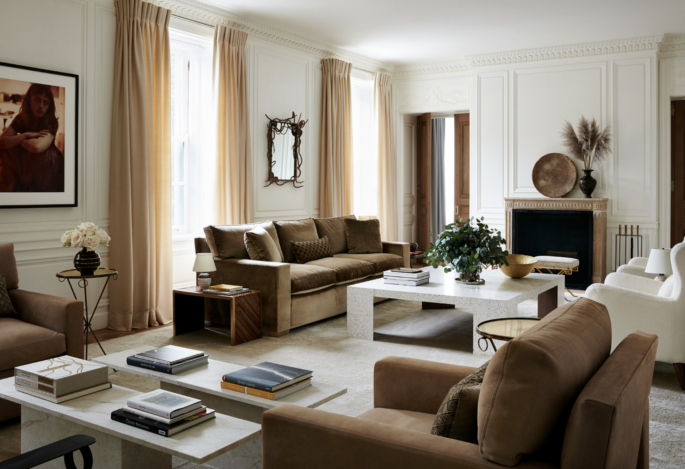 One of the trusted ways to find a good designer is through press coverage of their own home or client’s houses in a reputable lifestyle magazine. Photo: AtelierAm.com

Many believe the industry needs its traditional gatekeepers.

One of the trusted ways to find a good designer is through press coverage of their own home or client’s houses. The endorsement of a trusted magazine helps because it’s filtered. A diploma from a reputable institution is a good sign. An apprenticeship with an established firm is equally important. Many leading designers began by doing the coffee run or counting samples in a back room. If anyone you are considering does not list these bona fides on their website, ask for them. The scale of your project will also determine who you employ. If you want to reboot your paintwork and soft furnishings, then a decorator — often a one-man band — will probably suffice.

For structural work, you might want to consider a larger practice, with anything from four to 35 or 60 employees for companies with established commercial arms. These businesses can collaborate with architectural practices or employ in-house architects alongside senior and junior designers. They will also find contractors and garden designers. The “About us” page of a practice’s website should give you an idea of its size or, again, you can ask directly. Decorating is usually what decorators love, but 75 percent of their work is spreadsheets or floor plans, working out where the fuse board will go; making sure there’s a place for everything. Once you have drawn up a shortlist of companies, it is time to make some calls. It is easy to work out if a practitioner is for you. A designer should listen. If you find yourself with one who only talks about themselves, move on.

Despite the glamorous veneer of big-name tastemakers, interior design is a service industry at heart. 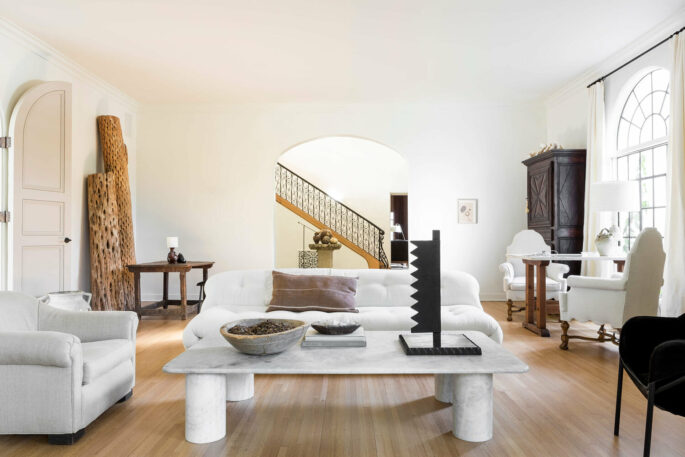 The perfect project is the meeting of a “holy trinity of factors,”  – the designer’s taste, the client’s taste, and a sense of place.

An initial meeting should cover what you want to achieve — and your budget. Expect to cover the minutiae of your domestic life, down to the clutter on your bedside table. Relationships can be as frank as the one you have with your hairdresser. This isn’t just another business relationship – your home is a highly emotive space and it needs to work for you. Choose an interior designer that you not only get on with and respect, but whom you feel comfortable discussing the details of your everyday life with.

Most designers know everything about their clients: which partner snores, who’s the splashiest in the bathroom? For the most luxurious commissions, non-disclosure agreements are common and photography is often banned — which is why even the most prolific designers show only a fraction of their projects on their websites. Designers often compare themselves to “an interiors analyst”.  They have to work out what people really want, rather than what they think they want. Most people seek some sort of transformation, even if they don’t know it. For example, they might want a clutter-strewn family house reinvented as a streamlined setting for empty nesters poised to rekindle their social life.

It can take time to refine a design.

In the meantime, beware the designer who bombards you with Pinterest images; it betrays a lack of vision. Or anyone who lives out their decorating fantasies through your budget. You don’t want a designer insisting on wickedly expensive rose quartz for a family bathroom after spotting it in a smart hotel. “Suitability” is the watchword. Clients may find it hard to visualise the end result. It’s important to be able to convey what to expect with design concepts of 3D drawings and 2D elevations; showing how a room will work. Once it’s approved, the designer contacts suppliers to get prices for materials and furniture while developing the interior architecture drawings to show lighting plans, architectural details and joinery: all the details. When you finish that phase, it is sent to tender to different contractors. That can take another four to five weeks.

Designers’ fees are a murky area because there is no standard way of charging. No two designers have exactly the same pricing structure. Some charge a single design fee and pass on the entirety of their trade discounts to the client; others charge a combination of an agreed design fee plus a margin on top of the discounts. There are firms that charge a percentage of the overall cost. Within that, there are infinite ways of setting fees: some do it based on square meterage, or the number of rooms. Others add an hourly rate for meetings. It’s very confusing unless explained properly.

Another way designers earn a fee is by commissioning bespoke furniture.

It is worth considering whether you want a generic branded piece that looks smart but has negligible resale value. In general, you can expect to recoup around 10 per cent of the original price of a modern, unsigned piece at auction.  The alternative is antiques bought at auction or something by a recognised craftsperson with meaning, and intrinsic value. Commissioning craft is increasingly important, says designer Shalini Misra, who studied at Delhi’s School of Planning and Architecture. “We always work with local makers; it conserves skills and is less wasteful than importing things.” 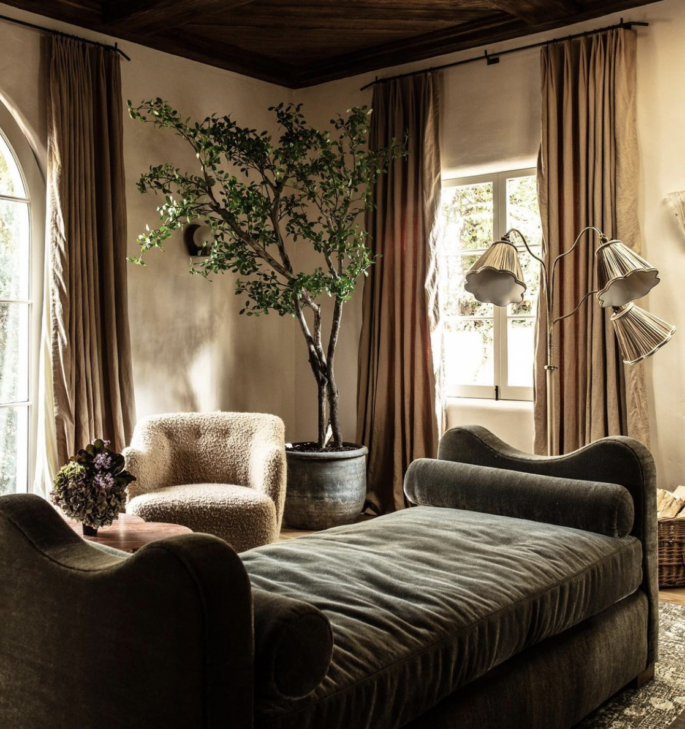 Sourcing one-off pieces, also helps to avoid the “cookie-cutter” taupe-on-taupe homogeneity that gives interior design a bad name. Resourcefulness is important too. Natalie Tredgett remembers how her first employer, veteran designer Nicky Haslam, would “bedazzle” junk-shop finds with paint finishes. Tredgett, who also designs furnishings, enjoys absorbing influences from art or fashion: a rug based on an antique tile, a singing violet paint colour inspired by a 1980s jacket — so that pieces “are hard to replicate”.

Veere Grenney had an unconventional route into interiors, following the hippy trail in India and running an antiques stall before landing a design apprenticeship. He reflects on an industry whose “trajectory has been in the ascendant” since the 1980s. When he began, he says, the industry was dominated by “a handful of large firms patronised by very wealthy or aristocratic clients” with women in pearls behind showroom desks. That changed with the property price boom of the 1980s and an influx of design-savvy foreign buyers.

Employing someone to do up your home is still a luxury — ignore anyone who tells you it will save you money, that is a marketing trope — but what has altered is choice. 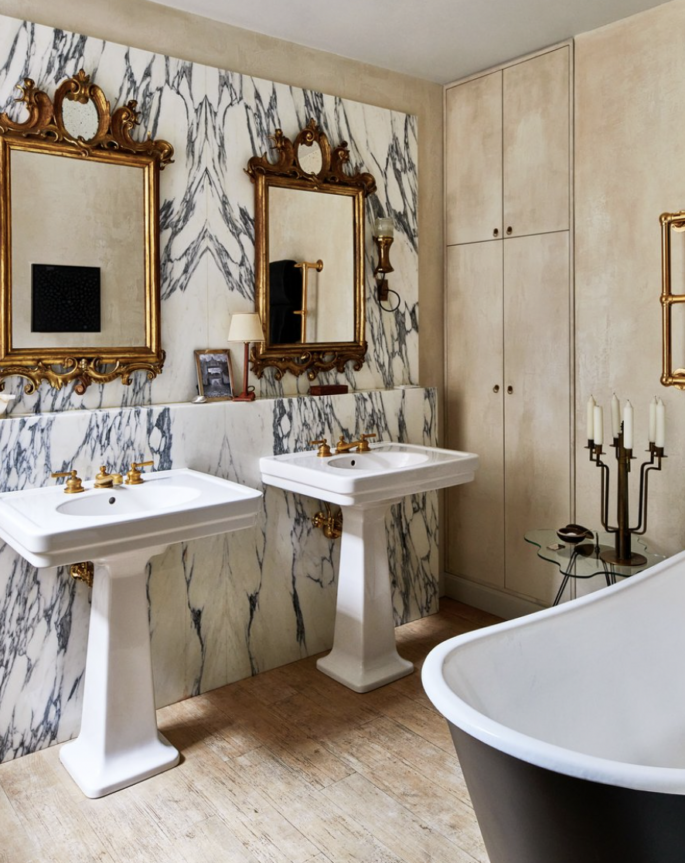 Will a recession dampen demand for interior designers? Probably not.

The idea of being able to make your life more enjoyable by improving your home has seeped into our consciousness. We go to clubs and hotels that look like homes. The premium that people place on it has exploded. Design is everywhere.  But for clients, scrolling through aspirational images can defeat the purpose of hiring a designer: creativity. If you have gone to trouble of finding the right one, it is worth letting them sprinkle their stardust. You will know a well-designed room when you see it. It is not about expensive matching lamps — or snooty notions of good taste — but that table at optimal height for a drink; the fresco-pink wall which glows in the dusk. It’s a mixture of practicality and poetry. Which is why artists often make good designers.

Influential contemporary US designer Stephen Sills spent his childhood being ferried to art classes by doting parents and still rolls up his sleeves to do the paintwork. David Hicks, whose bravura use of colour has inspired a new generation, started out drawing cereal boxes at an advertising agency. Monet’s kitchen at Giverny is a concert of blue and white. Even Francis Bacon had a stint designing room in the 1930s (rubber curtains were a specialty).

There is an art to being a good client too.

Emre Mengu, whose business Balian&Co specialises in ambassadorial properties, commissioned Aida Bratovic to redesign his London apartment. Bratovic is a Bosnia-born architect who enjoys the “joy and magic” of interior design, not least, she says, because her family lost most of their possessions during the Balkan conflicts of 1992-96.

“A home is so much more than brick walls,” she adds. “There might be pushback during any project. But that’s part of the dialogue — and it helps to avoid a prescriptive look,” says Mengu, a former architect. “If a designer’s vocabulary remains recognisable from client to client, then you know you’ve found a good one.” Bratovic, whose clients include Lord Rothschild, had the pick of Mengu’s heirlooms: “The brief was to bring everything to life in a new setting, which doesn’t feel like a museum,” she says. Moldings were reinstated and ceilings were raised. A set of carved wardrobe doors became a striking screen; a mid-century triptych inspired the design of a brass bedhead.

“Two eyes are often better than one,” says Mengu, “but above all, you need to be patient. Things won’t fall into place immediately. This isn’t an exact science.”

Do your research before taking someone on – it’s not enough that your neighbour is raving about the hottest person in town. Look at their portfolio and choose someone who shares your taste. It sounds obvious, but if you love bright colours, it’s probably best to steer clear of someone whose stock in trade is slate and chrome. 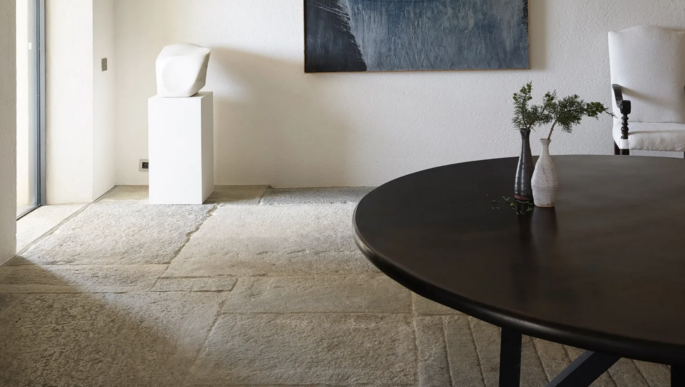 An ultra-cool residence in Ibiza by Axel Vervoordt. Photo: Laziz Hamani for ArchitecturalDigest.com

*This story is an excerpt from Financial Times UK