From deals to dating, you should pitch yourself piece by piece, building to the close. 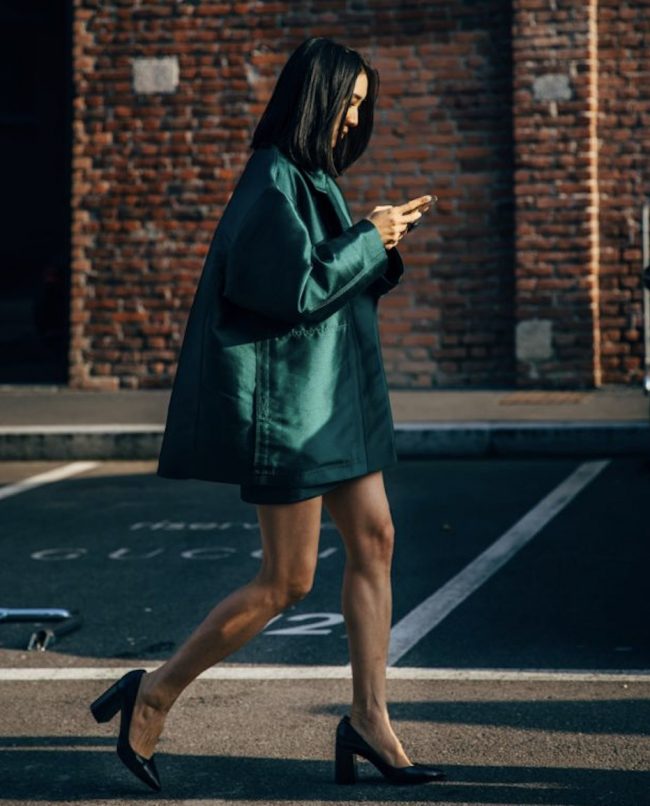 I was headed out of the office with a stack of papers I spent all week preparing. My boss stopped me at the door and asked, “What are you doing with all that junk?” I was trying to sell a company. “It’s the first meeting, right?” Yeah. “Don’t be an idiot. Leave all that stuff here.” But . . . “Don’t dump it all now. You need something to talk about the next few times you meet.” I looked confused. “Listen,” he told me, “everything good takes five meetings. I was mad, but he was right.

They have something you want, and you have something they want. But you can’t just come out and ask for it. Like poker, you never lay all your cards on the table. Reveal them slowly. Sadly, no one has patience anymore. 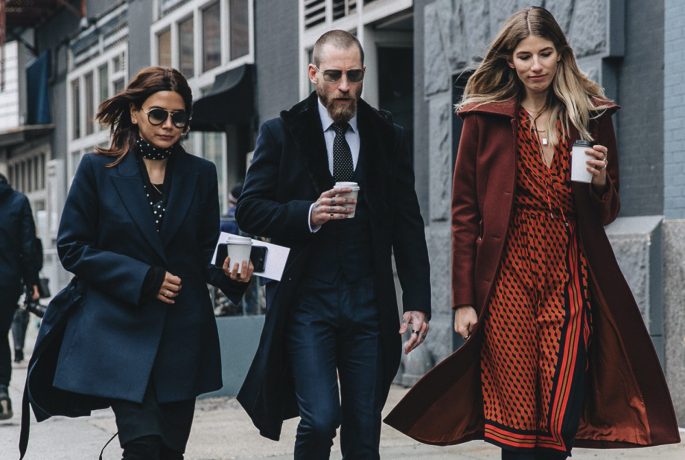 Meetings on the run via stylethread.com

We were all taught by Blake, Alec Baldwin’s character in “Glengarry Glen Ross”: “A-B-C. Always be closing.” As he berates an entire Chicago real-estate office, he brags, “I can go out there tonight with the materials you got, make myself fifteen thousand dollars! Tonight! In two hours! Can you? Can you? Go and do likewise!” Two hours? That’s so 1992. A recent Comscore study shows millennials have an attention span of five seconds. That’s less than goldfish. (Sounds about right.)

Slow down! Buy at first click? Don’t do it. Trying to close at the first meeting? It’s too soon. You’re leaving too much on the table. “Always be closing” is plain wrong. Yet the flip side is also true: If it takes more than five meetings, you’re never going to close the deal. Move on. Here’s what each meeting looks like: Meeting of the minds with Eva Chen, Leandra Medine and Christine Centenera. gettyimages.com

This is the initial meet and greet, grip and grin—like two dogs sniffing each other. Make a good first impression, but do not sell. Instead, demonstrate your pedigree and search for any common links: schools, people, music, ’67 Camaros—there’s always something. And keep this meeting short. Coffee. Drinks. Thirty minutes tops in their office. Hint at something big and then find an excuse to get the heck out of there—you only want to leave a scent.

You’ll leave the target thinking of you, and if you’re any good, a reason to meet again.

The second meeting is the most important. This is when you tell tales. When asked, “So what’s up with you?” just casually look around and say, “Yeah, I’m working on this really cool thing.” That’s it. Ninety-nine percent of the time, the other person will be hungry to hear it. People love stories, so wind one up. Embellishments? Yes. Hyperbole? Sure. Just don’t lie or you’re toast. The target leaves thinking about your story.

It’s finally time to bring that giant stack of papers or pitch deck. Make the numbers prove your story. Bring pictures, or your résumé or details about your life. The target will leave thinking about how to get involved with your project. Anna Wintour conducts a meeting at US Vogue.

Can I invest in your company? Will you hire me? Dinner Thursday? You’ve now popped the question—so here’s where you cheat. People don’t trust their own judgment and therefore can’t make up their own minds, but they do trust others.

So you also need to have pitched your story to someone else they know.

A mutual friend, boss, underling, it doesn’t matter, just someone else. Invariably, the two will talk about your idea, and the third person will confirm all the positives of the deal. Then, all that’s left to do is… 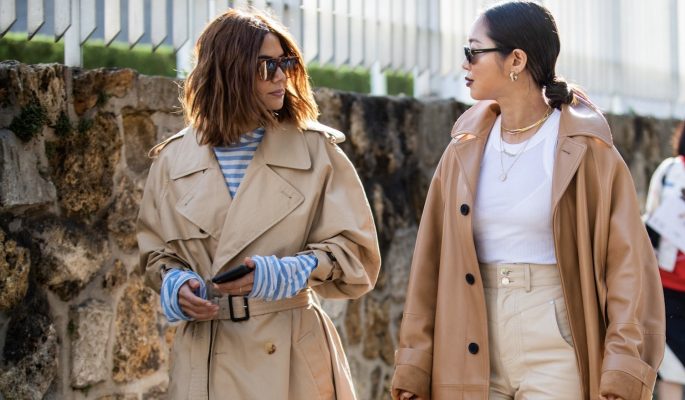 Christine Centenera Aimee Song hash it out, via gettyimages.com

‘When can I start? Sign on the dotted line. I’ll pick you up at 6. Because you took your time—five meetings or touches—of course the answer is yes. If it weren’t, you would have been shut down at step two or three. You and the target both leave satisfied.

I hate meetings—all dreadful, dull and dead time. Since it’s 2018, every meeting doesn’t have to be in person. But get together at least three times. And the other two better be meaningful contact: a videoconference, a long phone call or an extended email or text exchange. Minimize shortcuts if you want to maximize your impact.

I’ve asked a lot of people if they’ve experienced this same Rule of Five. Almost to a person, they look surprised, then squint their eyes and scrunch up their nose like you’re probably doing right now, and think about it. All come back saying “Yup, all the deals and things that have worked have taken five meetings.” No more, no less. Go and do likewise! *

An excerpt from WSJ.com