The 8 best books for Autumn. Read How Louis Vuitton Luggage Became the A-List Choice. Peruse the Gardens of Bunny Mellon – a book that takes you inside the world of the leading landscape genius of the twentieth century. Autumn is stacked with great reads, discover our favourite books of the season. Too lavish, and rich for any sustained sitting. These are books to read in spurts. Skip around. Enjoy at leisure. These are not books that you’ll flip through once. You’ll be referring to them over and over.

Think of these books as your go-to friends who have impeccable taste and genius decorating ideas and always knows where to go to get what you’re looking for.

How did Louis Vuitton luggage become the luggage? Because, historically, the aesthetes of travel and the world’s pickiest packers sought it out, according to Bertil Scali, whose upcoming coffee table book, “Travellers’ Tales: Bags Unpacked” (April, Thames & Hudson) profiles 53 original influencers—from Greta Garbo to Sofia Coppola—who have carried Louis Vuitton bags, many of them custom-made. In 1924, for instance, the French tennis star Suzanne Lenglen had a special flat LV suitcase fitted to keep her Jean Patou clothes “perfectly isolated from rackets, shoes, and balls.” Rich with both illustrations and eccentric, non-luggage-related details (Cole Porter composed his first operetta at the age of 10), not to mention old advertisements that are printed on onion skin, the formidable, 4-pound book is like a trunk full of postcards from all over the globe. $95 USD, amazon.com 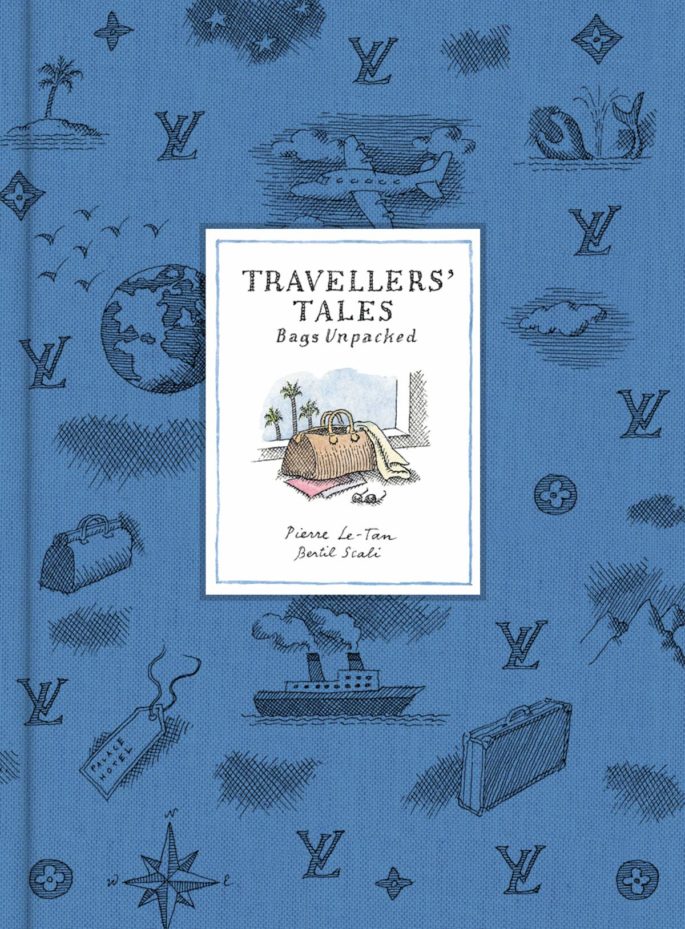 We’ve always wanted to meet Isabel López-Quesada—one of Spain’s premier interior designers—and her debut book is a great chance to visit her at home. She lives with her family in a former wax factory that sits behind a wall on a quiet street in Madrid. The front courtyard—one of two magical outdoor rooms on the property is covered in blooming plants. The house serves as a backdrop for the style of her eclectic collections: 18th-century French bergères beside contemporary art beside flea market finds, all living together in a harmonious and beautiful mélange. The interiors are strong, beautiful, and not pretentious. Her collections reflect a love of nature and its shapes—a thread that runs throughout her home, work and book. A lovely tome to have, hold and own. $73.25, booktopia.com 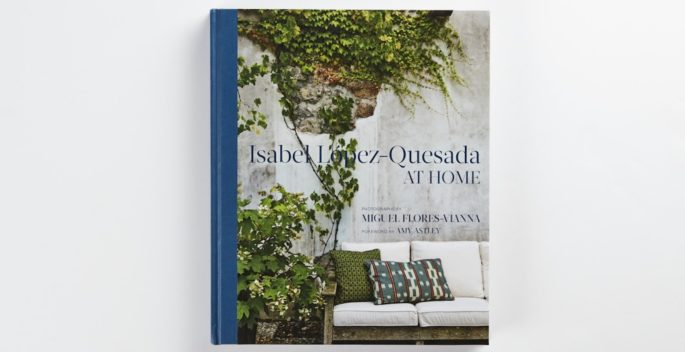 Historic on the outside—but full of walk-in wardrobes and modern kitchens within, architect Dungan’s first book is not about exact replicas of historical houses – the best examples are sanely proportioned residences – carriage barns and rustic retreats – that have all the charm of old homes but are in fact new builds crafted from traditional building materials, conceived for modern needs on the inside with connectivity and open floor plans. The weighty book explores eight American houses – from a beach house on the Gulf Coast to a farmhouse in the Southern countryside and a family home in the Blue Ridge Mountains. All establish an organic sense of place, by inventing certain architectural mythology.  Soulful is arguably the word to describe them with rich patinas and natural textures, fluent in historical styles and vernacular settings, they use a vocabulary of rugged stone, charred wood, raw timber weathered shingles and natural finishes. Pieces that have a history and texture that’s great to look at and live with. A book for our times. $37.40, amazon.com 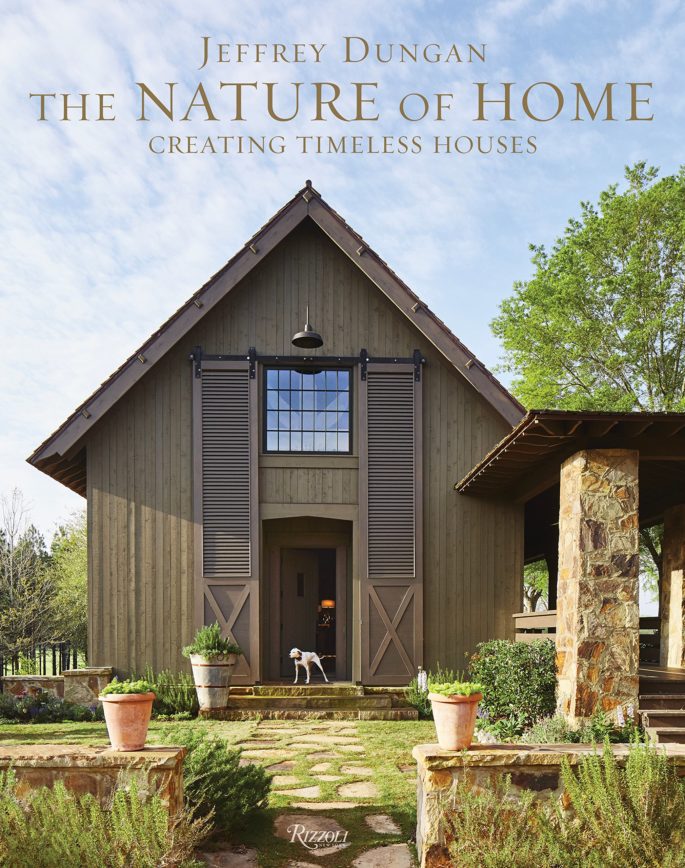 Veteran interiors photographer William Abranowicz takes us on a tour of the homes of painters, poets, rock stars, designers, tastemakers, politicians, and performers for whom “the house is the ultimate form of self-expression”; $46.38 from Amazon. 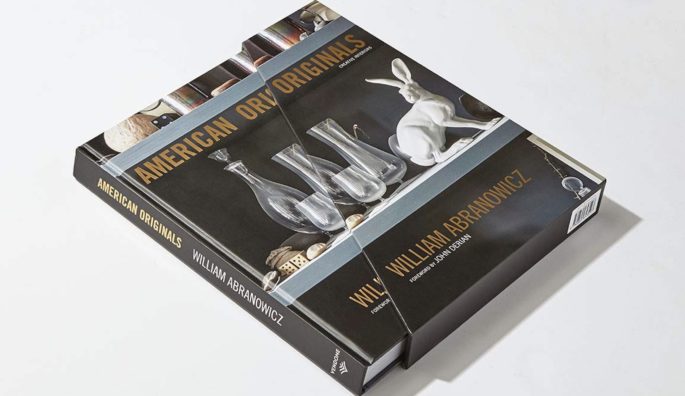 This Is Home: The Art of Simple Living (Hardie Grant, $36)

Natalie Walton, an interiors stylist, and writer based on the New South Wales central coast, visits eight houses in Australia, the US, and Europe, all “with a global and timeless feel that haven’t been renovated in the traditional sense but are true homes”; $36.70 from amazon.com This Is Home: The Art of Simple Living (Hardie Grant $36), amazon.com

A follow-up and companion to Vincent Van Duysen Works 1989–2009, presenting Belgian architect Van Duysen’s most recent works over the course of the past decade; $46.39 from Amazon. (Oh, and Van Duysen’s friend Julianne Moore, an accomplished designer in her own right, wrote the intro.) $58.34, amazon.com 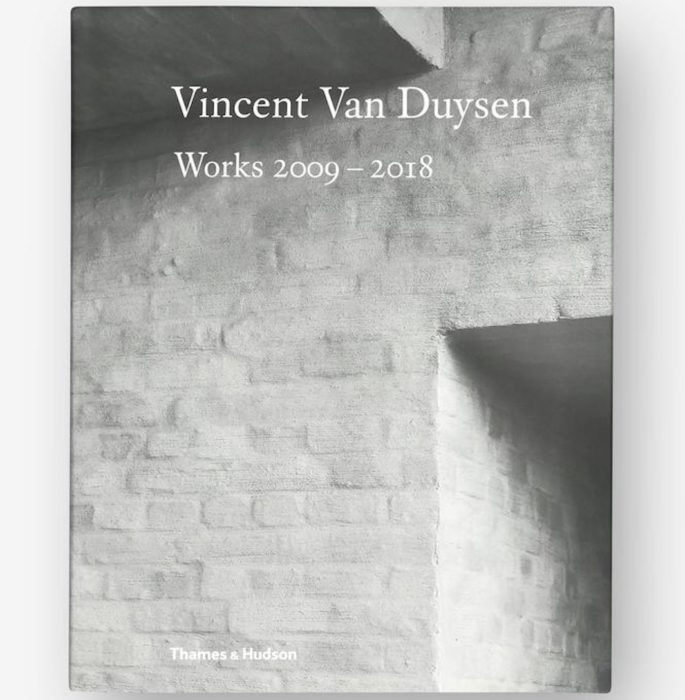 OUT EAST HOUSES AND GARDENS OF THE HAMPTONS Jennifer Ash Rudick (Vendome Press $74.25)

A book about houses in the Hamptons – that Long Island outpost for some of the most successful, talented people on earth— with the resources to support their vision. They’ve travelled the world and made educated and inspired choices. Seek out houses designed by Deborah Berke and James Merrell and Edwina von Gal’s designed by Hamilton Smith who worked on the Met Breuer. Peter Stamberg and Paul Aferiat’s neon pavillion is mesmerizing. But the houses that were left untouched, Louise Grunwald’s and Tom Sheerer’s and designed as beach houses by no one, in particular, have an equal presence.  $74.25, booktopia.com 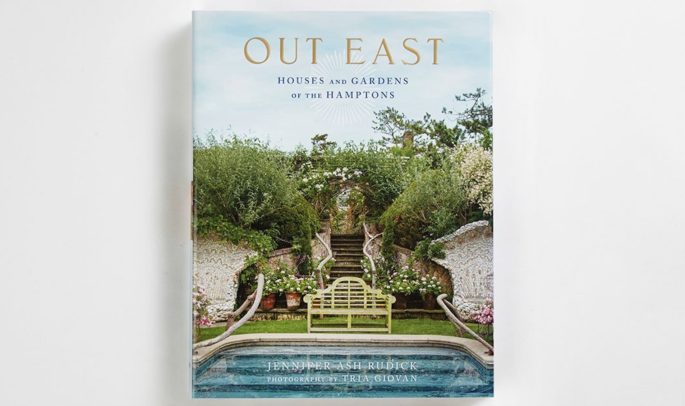 Out East Houses and Gardens of the Hamptons by Jennifer Ash Rudick (Vendome Press, $74.25) booktopia.com

No one had more influence on American ideas of garden design in the 20th century than Bunny Mellon. In the early 1960s, she designed the White House Rose Garden for Jacqueline Kennedy and then she chose the funeral flowers for President John Kennedy. Born an heiress (her grandfather invented Listerine) and married into a banking fortune, when she wed Paul Mellon; the self-taught horticulturalist had many residences. But her real home, for the last 55 of her 103 years, was in the gardens of her sprawling, 2,000-acre Virginia estate, Oak Spring Farms. Bunny believed that style was order and that order brought pleasure.

Outside, the mature trees lining the property’s roads and dotting its pastures were the best editions of themselves. Perfect lindens, oaks, maples, and hickories, their tidy profiles controlled by intense pruning. She collected more than 13,000 garden-related books, many of them rare.

In The Gardens of Bunny Mellon, author and White House garden historian Linda Holden delves into the private and rarefied worlds of the Mellons, from Oak Spring, which takes its name from the old oak trees and natural springs on the estate, to New York City to Cape Cod, Nantucket, and Antigua. At Oak Spring, photographer Roger Foley caught the show of seasonal splendour, including the spring flowering of the crab apple trees allée, the garden’s landmark feature. Queen Elizabeth was among the visitors here. $35.48, amazon.com Mellon’s greatest acclaim came from her self-taught skill at sculpting the natural world.

Oak Spring’s vegetable and fruit crops—informed a score of esteemed parcels, beginning with the double row of apple trees she planted when she was 23 for fashion queen Hattie Carnegie (who paid her in clothes) and including the White House’s Rose Garden (1962) and Jacqueline Kennedy Garden (1965). Mellon and her husband helped revive Louis XIV’s kitchen garden at Versailles, though she brought more than largesse to the project.

LEAD IMAGE is the dining room at Deborah Heimowitz and husband Dan’s carriage house for all seasons from ‘Out East Houses and Gardens of the Hamptons’, (Vendome Press).