BE PART OF THE RATTAN RESURGENCE (BUY A PIECE OF HISTORY) 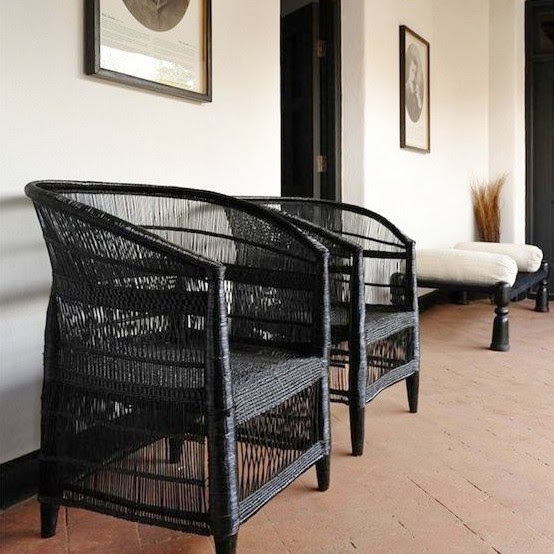 Just a handful of Europe’s rattan ateliers are still in operation. The three finest have been weaving furniture according to ancient techniques for the last hundred years.

An air of fustiness hovers over the very words ‘‘wicker furniture’’: One imagines sepia-toned photos of peacock-backed chairs on verandas in colonial India, and ornately curved chaises in Victorian conservatories. And indeed, the style is old — while wicker’s apex was in the 19th century, when trade routes from Asia brought a steady supply of rattan to Europe, the art of weaving objects from natural fibres actually goes back at least as far as ancient Egypt.

Today, however, quality handwoven wicker is still being produced in a few of those original century-old workshops, most of which are small family-run operations. The designs have evolved with the times, but the construction process has barely changed in thousands of year. Wicker refers to a technique of weaving fibres rather than to any particular material, and so can be done with anything from plant-based elements to synthetics. These remaining ateliers continue to use natural rattan, the stem of a sturdy yet flexible climbing palm, to form the base of the structure of the piece, and thin spaghetti-like strands harvested from the interior of the stem for the fine weaving work that gives wicker its name.

Competition has come mostly in the form of imported cheaper pieces, which might be a fine thing, especially for the countries where rattan grows, like Indonesia and Malaysia. But rarely is the craftsmanship or design comparable to the work coming from these traditional studios.

Here, highly skilled artisans create furniture the way they always have: by heating stiff poles of rattan into malleable rods that are bent on a metal frame and willed into functional works of art. 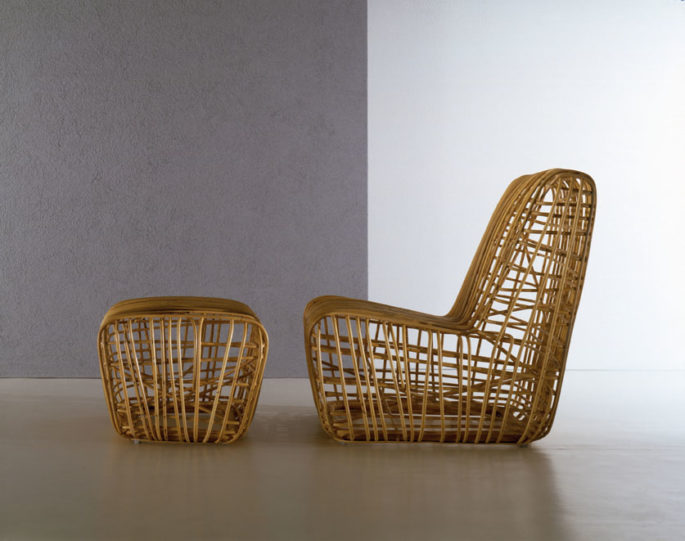 ‘SuperElastica’ by Bonacina, $9515 for the chair and $4640 for the matching stool, both available at Dedece.com

Three of the last ateliers left — in Sweden, England and Italy — are by all accounts creating the most beautiful wicker furniture today. While all use the same over-under weaving technique practiced by basket-makers for millennia, the styles of each house are reflections of their individual countries — making wicker a small but lovely prism through which to view the world.

The airiness in the designs causes light to penetrate through and will create shadow patterns and visual depth in your outdoor space.

If you fear an old fashioned vibe choose a piece in an edgy or different shape. A youthful example: Soane’s Rattan Ripple Console, which offers a fresh yet easy update.

Long a secret resource of the world’s most discerning decorators, Bonacina is a 128-year-old wicker furniture company north of Milan run by the founder’s grandson Mario, along with his wife and children. Most of the workers are locals who have been with the company for years, and who return home each afternoon for lunch. Men do the hot, physical work of bending the thick rods of rattan, and women do the weaving. ‘978’ by Bonacina, POA, available at Dedece.com

In addition to the thousands of designs created over three generations — everything from a classic armchair with a sunburst pattern designed by decorator Renzo Mongiardino to, more recently, a thin chaise resembling a bent sheet of metal created by Mario Bonacina — the company has collaborated with a number of other designers such as Gae Aulenti, Gio Ponti, Joe Colombo and Franco Albini. Most famous is the decades-long collaboration with Mongiardino, who created a collection of charming, old-fashioned chairs and sofas with Italian doyenne Marella Agnelli for her properties, including those in St. Moritz, Rome, New York City and Marrakesh.

There’s an oft-told story that after Agnelli toured a nouveau riche American’s home, she remarked of her hostess, ‘‘It will take her another lifetime to understand wicker.’’ 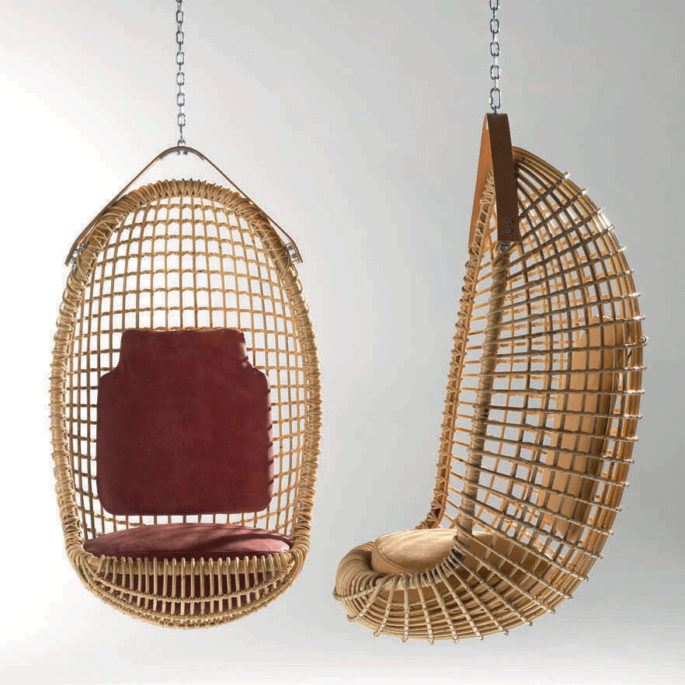 Designers and architects such as Peter Marino, Jacques Grange and Daniel Romualdez love the company’s humble but elegant pieces from its grand sloping armchairs to spare, streamlined recliners that can be found in Italian hotels like Le Sirenuse, Francis Ford Coppola’s Palazzo Margherita and Villa Feltrinelli.

In 2010 Nigel Angrave was faced with shuttering the company his grandfather had started nearly 100 years earlier. It meant not only the loss of jobs and his family’s business, but as the company was the last rattan-weaving workshop in England, forever losing the art of traditional wicker-making in Britain. 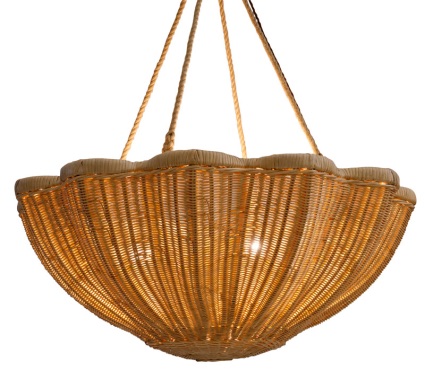 Lulu Lytle and Christopher Hodsoll, owners of Soane, a London enterprise committed to creating furniture and fabrics made by craftspeople – purchased the 100 year old Angraves family run weaving workshop in Leicestershire — at one time the heart of the British rattan industry, which reached its peak in the Victorian era — and rehired its two chief craftsmen, frame maker Mick Gregory and master weaver Phil Ayres. Lytle revitalized the company’s old-fashioned designs with playful updates of English country classics like tall barstools with diamond-patterned backs, petite side tables crafted entirely of tightly woven rattan and lampshades made in a traditional basket weave.

Many of Soane’s pieces are also technically complex, including the Ripple console, which resembles folds of gently undulating fabric, and the Venus chair, the back of which crests into petal-like scallops, requiring multiple applications of naked flame and water to achieve a fluidity of form. By creating a new market and appreciation for British wicker, Hodsoll and Lytle were able to start an apprenticeship program and add another seven artisans (six men and one woman) trained by Gregory and Ayres. ‘‘Because this is the very last workshop,’’ Lytle says, ‘‘it was crucial we train the next generation before the skills are lost forever.’’ On a narrow street in the old city of Stockholm, an ancient building holds the warehouse of the 114-year-old Larsson Korgmakare, the only artisanal rattan workshop left in Sweden. Next door, in the cellar, you’ll find 49-year-old Erica Larsson, carrying on the family tradition begun by her great-grandfather. She is not just the owner, but the company’s sole artisan, doing the physically taxing work of firing and shaping rattan with the help of just one assistant. The history and continued existence of the business owes much to the great Swedish designer Josef Frank. Larsson’s grandfather, a craftsmen and designer, began a partnership in the 1930s with Frank, whose rustic, minimal wicker sofas and chairs she continues to produce for the famed Stockholm design emporium Svenskt Tenn.

When Larsson decided to join the business, her father sent her to Malaysia for six months to apprentice in the harvest and processing of rattan, an experience she may pass on to her 11-year-old daughter if she decides to continue the legacy. A testament to a Swedish love of good and simple design, Larsson Korgmakare’s style of seating is crafted almost exclusively from the larger rattan poles, incorporating almost no intricate weaving.

Most of the pieces Larsson creates — skeletal, honey-colored love seats and armchairs, woven in loose looping patterns — are from the original designs created by Frank or her grandfather. ‘‘In [my grandfather’s] last year, when he was 80, and more or less blind, he continued to make furniture,’’ she recalls. ‘‘He had the knowledge in his fingers.’’