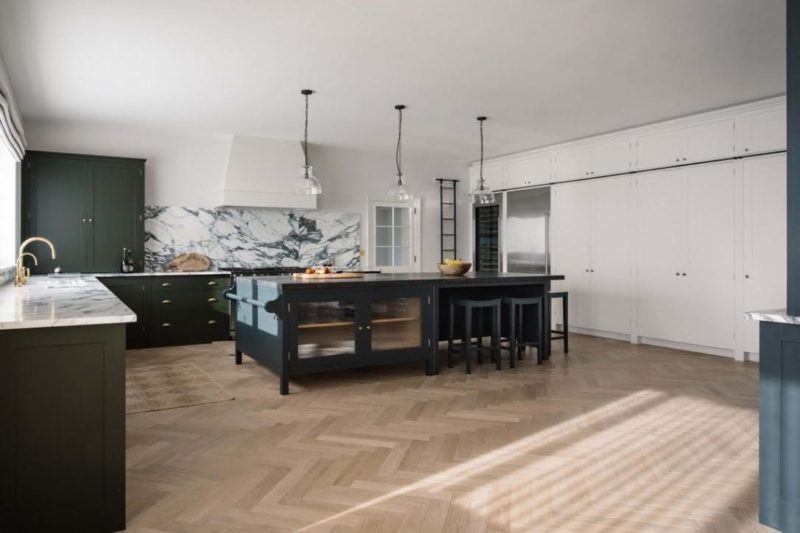 Houzz polled more than 3465 Australian renovators for what’s trending and ending in 2018 kitchens. Here’s the consensus. Welcome to Kitchens 101…you can check the entire report here!

CUTTING THROUGH THE CLUTTER

ENGINEERED QUARTZ ON THE RISE

Benchtops are the most common major feature to upgrade during kitchen renovations, followed by cabinets and faucets. Engineered quartz has increased in popularity as the leading benchtop material and is most often chosen by homeowners between the ages of 35 and 54.

Close to 60% of renovating homeowners increase the size of their kitchens during renovations, with those between the ages of 35 and 54 being the most likely to do so. More than half open their kitchen up to nearby rooms, and a similar share open up to the outdoors.

Kitchen renovations today average $19,300, yet averages range between $14,600 and $22,600 depending on kitchen size. Over 20% of renovating homeowners spent over $35,000, with those older than 55 being the most willing to splurge. U-shaped and L-shaped layouts are the most popular than older generations (33 versus 28 and 23 percent versusfor those between the ages of 35 and 54 and those older than 55, respectively). Renovating homeowners, integrate built-in features like kitchen islands and pantry cabinets between the ages of 35 and 54, (50 per cent) versus those under 35 and over 55 (45 and 39 percent, respectively).

We’re seeing a continued emphasis on the kitchen as a common gathering area, with homeowners looking for ways to make the space more beautiful and efficient. People are not only making kitchens larger and more open, but also choosing alternate layouts, elaborate cabinetry storage, and versatile surface materials. Contemporary is the most popular kitchen style (29 per cent) followed by modern.

SHADES OF WHITE AND GREY

White continues to lead the way for walls (59 per cent), benchtops (32 per cent) and splashbacks (37 per cent). Grey is the second most popular option appearing on 16 per cent of walls, nine percent of cabinetry, 22 per cent of benchtops and 15 per cent of splash backs. Among renovating homeowners updating flooring during kitchen project, (66 percent) stain or unstained hardwood top the list (32 percent) and is nearly twice as popular as ceramic or porcelain tiles, the next most utilised material (18 percent).