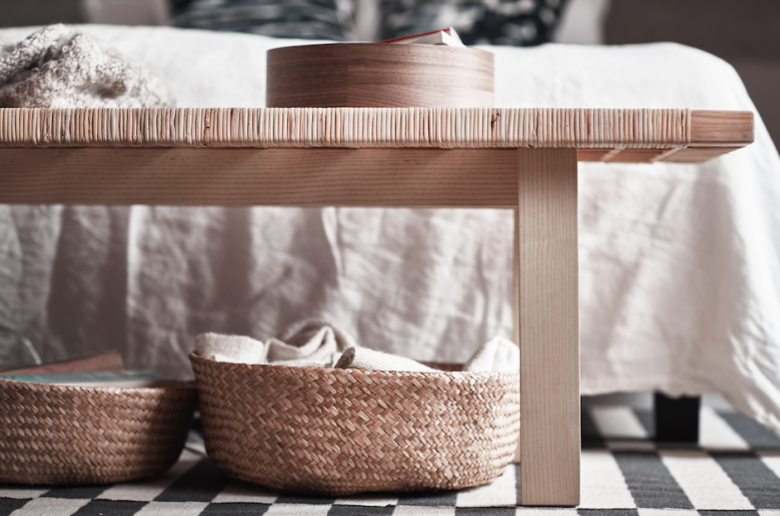 It’s no secret that IKEA has a huge fan following. Everyone from students to designers use the Swedish giant as a favourite source. And its branded shopping bag has attained such icon status that it’s been copied on runways and been made the subject of a short film. More recently, the bag has been reinvented in a much-hyped collab between Ikea and high-end Dutch design brand Hay.

As the year draws to an end, here’s a look at the most popular 10 products that customers are buying. Plus our fave 7 items from the 2018 collection. 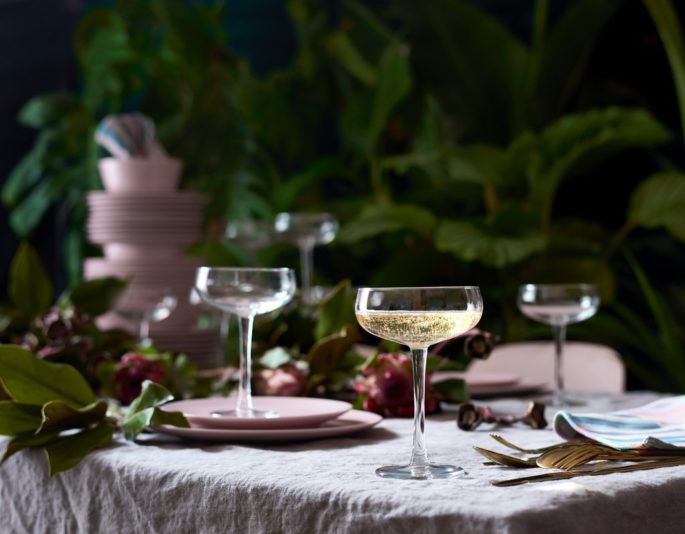 A stalwart of the modern home, serving as everything from a pantry to DVD storage to wardrobe component, and inspiring dozens of knockoffs in the process (in fact, a Google search for “Billy bookcase” brings up just as many non-IKEA results as IKEA ones, proof that the style has entered our generic lexicon in the matter of Kleenex and Band-Aids).

The Malm bed from IKEA is so ubiquitous, and perfect in its minimalist, functional design, that it’s probably what you’d see if you asked a child to make a stick drawing of a bed. “The bed’s wide variety of finishes, clean lines, simple construction, and streamlined look can elevate many different design styles at a very low cost,” says designer Jody Myers-Fierz of Colour Concept Theory.

Much like the Billy, IKEA’s Kallax (formerly known as Expedit) is one of those pieces that you just expect to see in a home. The clean, cubic design, is also one of the most-copied designs around. Ideal for entertainment storage to toys, books, crockery, it can also be used as a kitchen island.

The Rens is perhaps so popular because of its multifunctional design. Use it as a bedside rug during winter, or throw it over the back of a chair for a luxe look. Designer Donna Mondi is a fan of the latter technique: “Throw a sheepskin pelt like the Rens over your accent or dining chair to give it a whole new feel—the added texture and drama are worth far more than the cost,” she says.

IKEA’s standard flat weave rug is available in a wide array of patterns to suit virtually any style. At $199 to $299, it’s also within most budgets, making it a true example of the Swedish brand’s devotion to democratic design.

You’ve no doubt seen IKEA’s Lack tables in all kinds of configurations: rectangular ones used as a coffee table, or several square versions butted together as modular units. The simple design, which starts at just $7.99 for a side table, is another ready canvas for DIY.

The most classic of IKEA’s sofa styles, the rounded-arm Ektorp is a go-to for traditionally-minded customers. It’s available in various sizes and sectional configurations as well as a handful of standard upholstery options.

An imitation of Eero Saarinen’s iconic dining table for Knoll, the Docksta is a clean, simple design that can be dressed up (or down) with different table linen or seating.

IKEA’s modern sofa features a low-silhouette, boxy frame, and slim metal legs. Its simple frame makes reupholstering or slipcovering easy, and a smart choice for those who like to update frequently.

“When I designed the Färgrik series, I wanted to make a simple, functional service that would suit all situations and all occasions,” says the piece’s designer, Maria Vinka. To say she succeeded is an understatement: The 99-cent mug and its accompanying china dinner service are a go-to for new homeowners.

If you’re looking for a minimal frame for a gallery wall, the Ribba is a no-brainer. The frames, which come in black and white, come in a similar matted, graphic look of gallery frames for a fraction of the cost.

A bargain designer-look detail that can set the entire tone of a space. Made from the leftovers from other furniture production, the handles and pulls are a way of reducing waste while beautifying kitchens and case goods. They are based on industry standard cabinetry measurements and can withstand exposure to water. Use them to spruce up everything from a ramshackle beach house to a soulless cabinet or the doors of an inner city apartment. 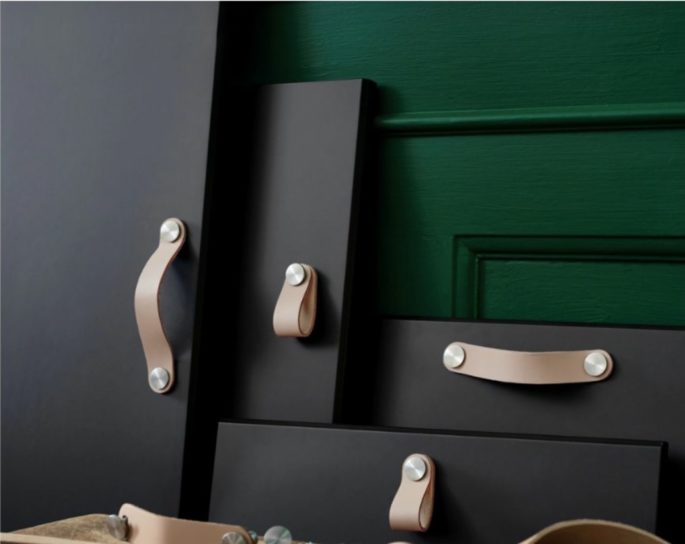 A fashion-conscious, smart, simple storage design that will work in any room that needs a little organization. The simple metal grid with hooks at the bottom and twelve matching clips is an extremely flexible piece that you can use in the kitchen as an inspiration board for recipes and reminders (or tea towels and aprons); in the bedroom as a jewellery organizer (or for handbags and scarves); in the kid’s room for hats, gloves and shirts; and in the home office, as an ever-changing gallery of favourite images. By one our very fave product designers, Aaron Probyn, these wallet- friendly, fashion-conscious cutlery in brass or black is classic enough to last the distance. You can use them for your fanciest dinner party but they are simple enough for everyday. The solid pine and ash veneer designs with rattan tops and doors first appeared in early 2017 as part of the Stockholm collection and are back in stock again. They score points for making everything look right. Tertial task lamps isn’t technically new, it was part of ikea’s 1998 collection but the powder coated steel lamp is a re-release Easy to assemble piece, designed to be indestructible, and made from wood and recycled plastic, it comes in two pieces and clicks together. Choose from darkest blue, beige, or brown. 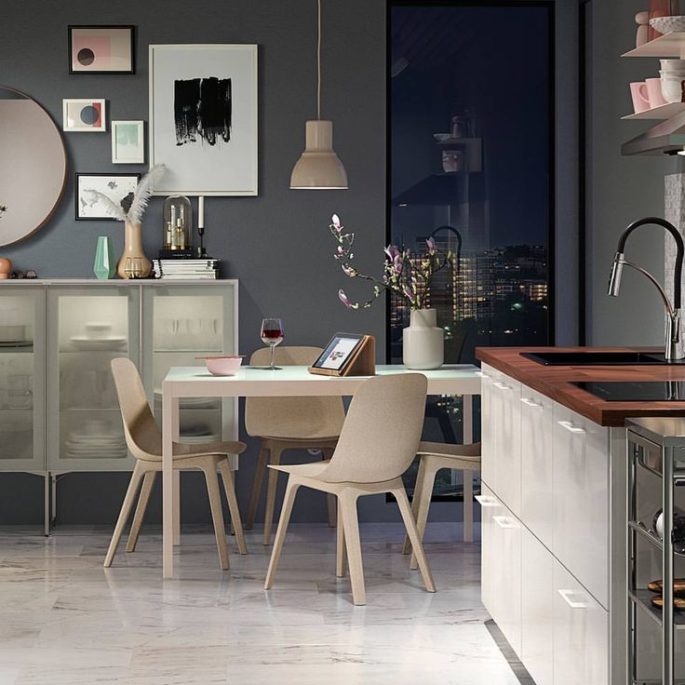 Ikea’s line up of Affordable Throws

Available in 100 per cent cotton, in charcoal, red stripes, taupes, stones and greys, the affordable, simple designs are proof when it comes to style, having the confidence to trust your eye is better than a try-hard label. The recent collaboration with Hay has resulted in everything from a sleeper sofa that looks simple, but is actually designed with a spring mattress as the seat so it’s more comfortable than your average platform sleeper. Plus new shopping bags, side tables, cushions and more.