HOW TO RENOVATE YOUR KITCHEN AND NOT END UP IN TEARS

Lessons learned along the way. All happy kitchen renovations are alike — and they live mostly in our dreams.

The existing space is tight and usually comes with restrictions. You have unmovable and unlevel walls, pipes, gas lines, and electrical work that often need to be relocated and upgraded according to new codes, and areas where only custom woodwork will fit. Here are some lessons learned along the painful, exhausting, disappointing and finally happily completed work – by renovators who have often fearlessly set about modernising kitchens, making more mistakes than they thought possible. And who wondered why doesn’t anyone truly guide you through this horrific process. Read more, ‘Kitchen Design Ideas: Inspiration For The Heart of the House.’ No one will ever be as passionate about your kitchen renovation as you. Image via ArchitecturalDigest.com

When your builder leads you through a house or apartment that he says he was responsible for renovating, beware if the owner isn’t present. Who is to say all the work was his? Perhaps he just painted. See at least three or four examples of a contractor’s work that you will specifically be hiring him for, especially when the owner is home. If you’re doing a kitchen and he only shows you bathrooms, that’s a concern. If he says the owners are away or not available to speak to, that’s another cause for concern. Read more, ‘What’s Hot and What’s Not in Kitchen Design.’

Never hand everything over to one builder. Hire a professional kitchen designer who will design your kitchen, bring you samples and explain everything to you. The designer is there to navigate the process and be the liaison between you, the general contractor, and his trades, with your interests solely as a priority.

Get your builder to hire the designer and joiner.

A signed contract is not enough

Nate Berkus, the interior designer and author, recommends that you ask the builder for a list of every single decision you will need to make, and the names and contact information of the suppliers, electrician and plumber they’ll be using. Then research them. You should also request a timeline, schedule and list of items that won’t be allowed in your building. If you live in a high rise you might not be able to have a gas stove or a rangehood with exterior ventilation.  You should receive these before you hand over a check.” Take home samples you want from specific items so you can make sure everything matches. Design by Devol Kitchens.

Design for your needs. For example, are you a minimalist who rarely cooks. Don’t listen to a builder who insists that additional cabinetry and a hood over the stove are crucial for resale. Stand your ground and don’t sacrifice the clean, non-claustrophobic look you want. The next owners, who may or may not be cookware hoarders, can easily build extra storage. Read more, ‘Inside Some of The World’s Best Kitchens And Everything To Steal Their Style.’

Take home samples of everything you ordered and want from specific things so you can make sure the items you ultimately receive are a match.

Stick to one appliance brand

This creates visual consistency, and if something breaks, an authorized repair person from the company can fix what’s broken while assessing the rest of your appliances.

Make sure the appliances are a standard-enough size

If you build your customised cabinets around, say, an ultranarrow refrigerator, and the appliance breaks and dies, you will want to be sure the space can accommodate a replacement.

The installation should be done by the kitchen manufacturer such as was done with this fabulous Devol Kitchen in England.

The installation should be done by a representative of the manufacturer, whether it’s an IKEA installer, or a joinery maker employed by your builder whose work you had an opportunity to see. You don’t want subcontractors to install cabinets who have nothing to do with their fabrication and thus make a hash of the job. They might cut an important wall panel too short or use a wrong colour piece of wood to correct the problem, later denying that there was any problem at all.

Stop if it doesn’t feel right

You may have to halt the project if you instinctively know something isn’t right. Go online and research how a backsplash should be done. Watch YouTube videos.

Bring in a second opinion after they have left for the day to assess the project.

Ask for a preview

Imagine when the kitchen tiles are laid, the grout colour you chose is not what appeared on the floor after it dried. Oh right, the builder says. The colours on the package and in-store sample are often misleading. If the builder had done a patch test with a few tiles and let you see the dried version first, you wouldn’t have wasted days scraping out the first colour and re-grouting the entire floor. One morning you woke to find five centimetres of water covering the newly tiled floor and spilling into your office. The builder has neglected to fully turn off the valve of a pipe that hadn’t been attached to a sink. It was being used to supply water for the crew and slowly leaked all night. Part of the office floor had to be replaced along with many pieces of now-warped customized cabinets. Read more, ‘7 Ways to Save on Your Kitchen Renovation.’

Another tip: Place water alarms on all unfinished piping.

When your (second) granite benchtop was mounted (the first had arrived damaged), the installers took two small chunks out of your freshly plastered and painted walls and deeply scratched the new appliances. If you hadn’t documented this while it was happening, I would not have had the evidence that lets you be reimbursed for the ruined work. 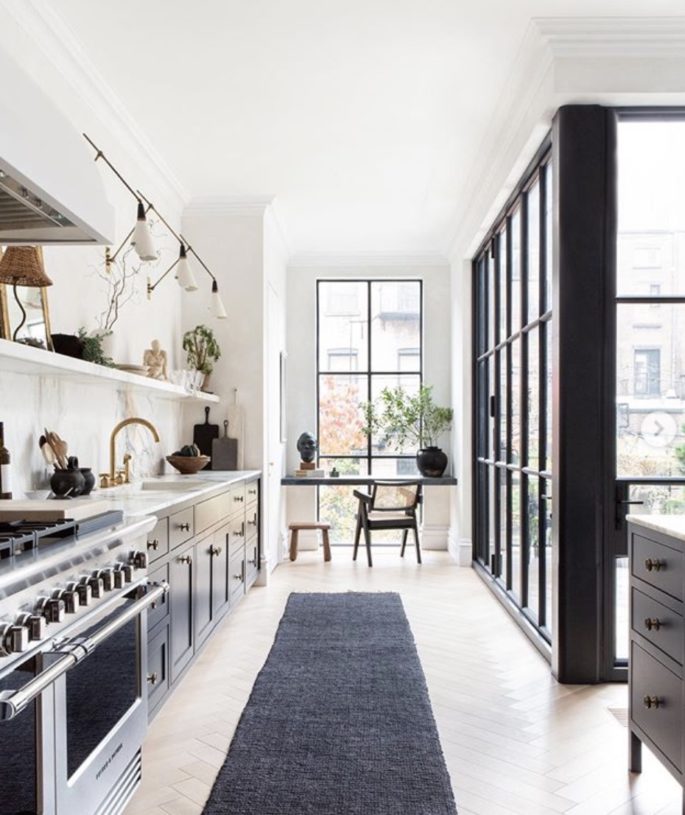 This New York kitchen is a reflection of what the owner Athena Calderone of @Eyeswoon needed for her and her family’s lifestyle.

When the new benchtop arrives, the installers use white caulking, which contrasted with the black granite surface and your now-warm-grey walls. Ask if they have another colour that would blend better and you’re told yes, just not with them that day.

The painting should come last

Start with a sample test; your wall colour may look different once your lighting has been installed. This also gives the team time to clean and let dust settle before applying final coats. It sounds like common sense, but if the correct steps had been observed, my paint probably would not have peeled off the walls.

You think you are being specific; your contractors and their teams consider you difficult and controlling. They insist you were in the way and making the process take longer. Don’t let anyone talk you out of being present, or making sure your vision is being executed correctly. That is your right. **This article first appeared in New York Times as part of its special report on Design. 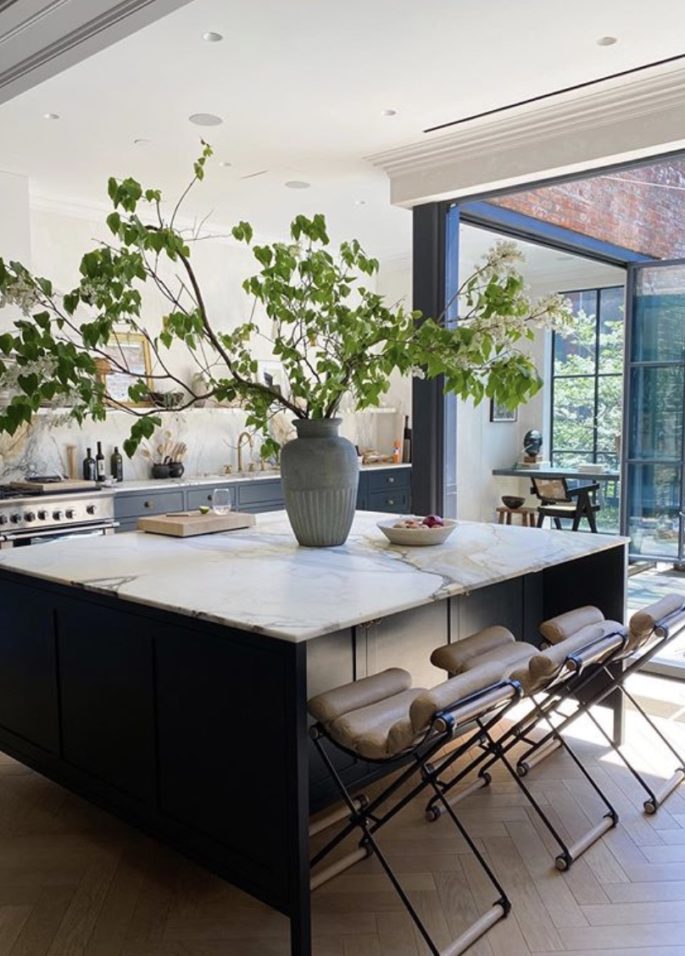 Athena Calderone’s Brooklyn New York kitchen who says the biggest renovation challenge was deciding where to position the kitchen – which now dominates the rear of her townhouse, enjoys lots of southern natural light and is inspired by Joseph Dirand’s Parisian kitchen. Image via @Eyeswoon.