HOW TO BUY BATH TOWELS: A QUICK GUIDE

These are the softest, plushest bath linens. 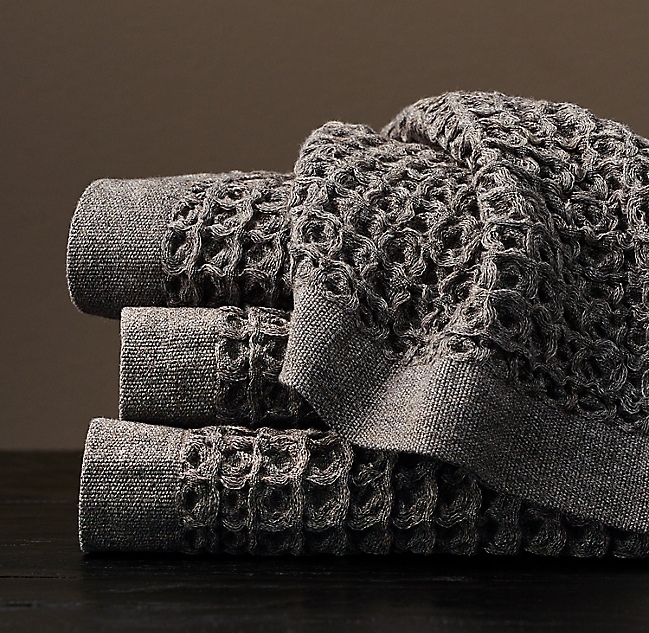 Want to know how to shop the softest, plushest bath linens. That feel luxurious, come in an array of sumptuous colours, and are durable. Here’s a quick guide.

What gets wetter and wetter the more it dries? The answer is, of course, a towel.

But recently, shopping online for towels to update our bathrooms, we found ourselves perplexed by the paradox. “The higher the surface density the more absorbent the towel,” read the description for the Ikea towels we were considering. But then: “A towel with a lower surface density dries faster.” We had to reread it to make sense of what that meant.

How to decode surface densities and thread counts (especially when you can’t feel the towels in person)? Here’s what you need to know to navigate the towel market, whether you like softer, plush towels or rough, hardy ones. 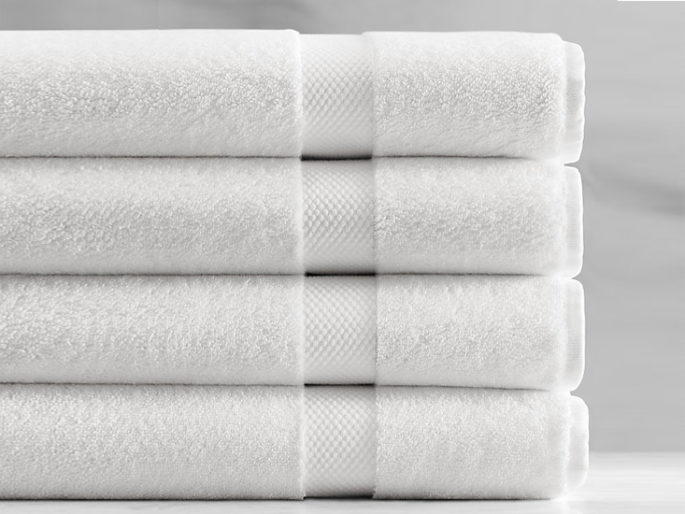 When it comes to material, 100 percent cotton is more durable and soft than cotton blended with other materials. If you must stray from cotton, consider the newer textile called modal over rayon: made from beech trees, it’s less processed than rayon (with more eco-friendly manufacturing processes), and is durable, absorbent, breathable, and colour-fast.

Egyptian cotton has long been thought of as the most top-of-the-line cotton but Good Housekeeping’s says that towels labeled “Turkish cotton” or “made in Turkey” perform slightly better than their Egyptian cotton counterparts. Regardless, a tag that says “Egyptian cotton,” “Turkish cotton,” or “pima cotton” will have well-spun, long fibres built for durability and absorbency. 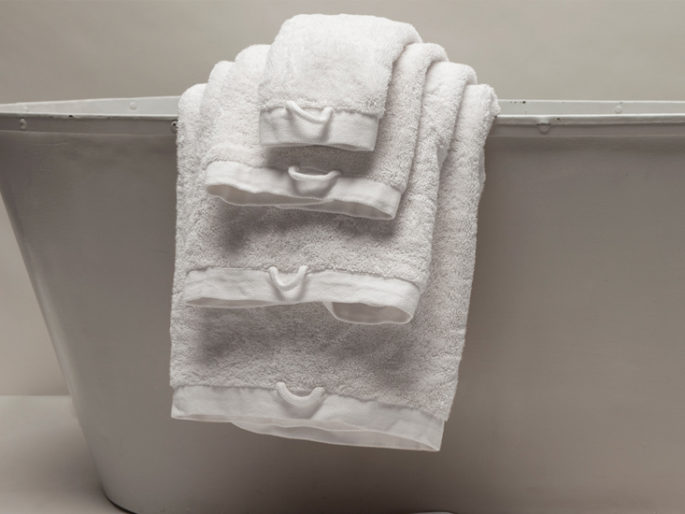 Nowadays towels come in more than just standard terry: textures like waffle weave, ribbed, and flat-woven are now on the market.

But, if you’re the type who prefers soft, plush towels, terry is still our favourite, and we reckon your best bet.

There are a surprising number of terms used to describe how the threads are woven into the towel: you might see “two-ply,” “combed,” or “zero twist” on the tag. If you can, look for a higher twist count (in which the fibres are twisted, to add strength and durability), and two ply (which, as the name suggests, means double the amount of yarn is used, adding absorbency and density).

4. Know the difference between “sheet” and “towel”

You know about washcloths, hand towels, and bath towels. But keep in mind that there are more sizes on the market: bath sheets, which are oversized and meant to be extra luxurious, range in size from 35 by 60 inches to 40 by 70 inches, while standard bath towels measure about 27 by 52 inches.

Likewise, there are standard hand towels (usually about 16 by 28 or 30 inches) to petite guest bath towels for powder rooms. 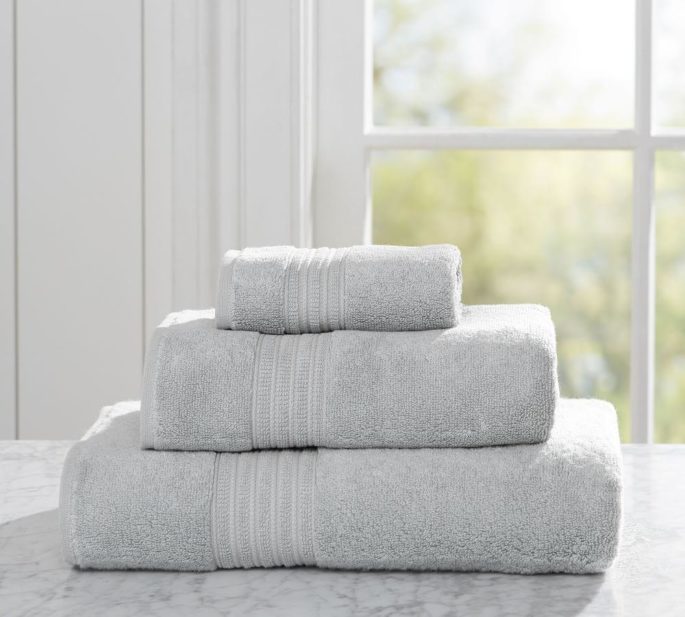 Double-turned edges mean the hems are double-stitched, for more durability and less fraying.

6. Choose loops vs no loops

This was one of our main considerations in looking for towels: we wanted a set with hanging loops, so that we could more easily hang them from a hook (rather than fold them over a towel bar) to save space in one of our guest loos which is particularly small. Consider your preference and purchase accordingly. 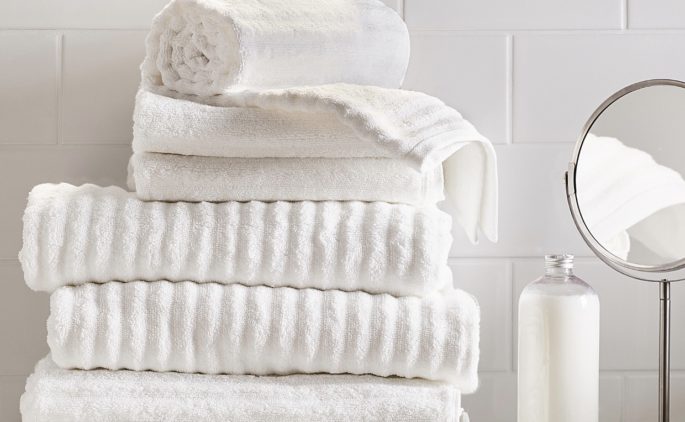 Here’s a good rule of thumb. Stock at least two bath towels and hand towels per family member, along with plenty of washcloths. If you’re in a particularly small space, one per family member and a couple of extras for guests are acceptable, so long as you commit to frequent washings.

8. Lastly: wash towels before you use them

Washing towels before use is good practice, and not just for hygienic reasons: it also conditions the towels and helps them reach peak absorbency. Some towels are treated with softeners or other finishes to feel extra luxe in the store; washing them removes these finishes and gets them ready for use. 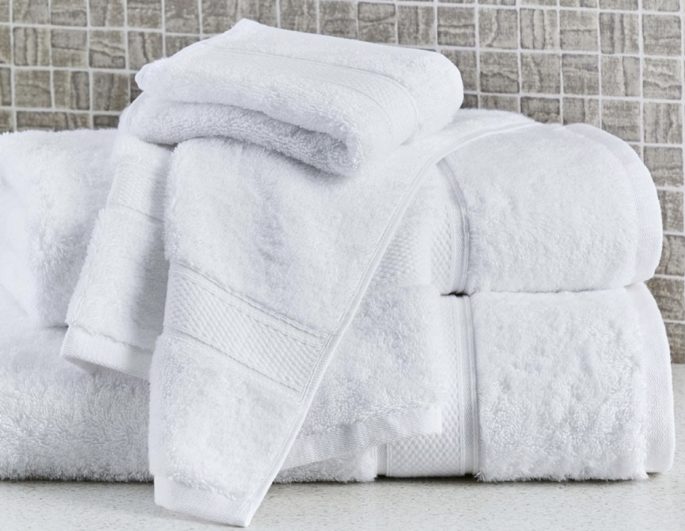 Egyptian Indulgence Towel in Snow from Bed, Bath and Table from $39.95, bedbathandtable.com.au

The Frontgate Resort Cotton Bath Towel is one of the softest and most comfortable plush towels you’ll find. Thicker than most, it feels luxe and substantial, like a high-quality hotel towel. With each wash it gets fuller and plusher, and after a year of use you’ll findd that it will hold  up better than any other towels. It comes in a wide range of rich colours—more choices than any pick. It’s also available in a bath-sheet size, and it coordinates with a range of matching accessories, including bath mats and washcloths. If a plush, luxurious towel is what you want, this is a great one. $30 from Frontgate.

If you want to spend less for plush terry, the Target Fieldcrest Reserve Bath Towel is a good-quality towel at a bargain price. Although it isn’t as soft as the Frontgate, it is thinner and feels lighter to use, and it has a pleasant spring when you squish the terry between your fingers. It travels smoothly over wet skin, and is less clingy than many other terry towels we dried off with. It comes in fewer colors than most of our picks, but we like all five of the subtle neutrals available. It’s as generously sized as most terry towels we tried, and also comes in a bath sheet, hand towel, and washcloth. $20 from Target.

If you prefer a thinner towel, we recommend the Bed Bath & Beyond Dri-Soft Plus Bath Towel. Some of our testers preferred this towel’s soft, ridged texture and smaller size (folded, it takes up less room than any other terry towel we tested). Although it’s advertised as a quick-dry towel, it didn’t dry faster than the other terry towels we tried. A set of four costs less than $30 at the time of this writing, depending on what color you buy (there are 12 to choose from). That makes it great for kids, college students, or anyone on a tight budget. But if you don’t like a very thin towel or if you prefer something with more coverage, this one probably isn’t for you. $7 from Bed Bath N Beyond.

For a more minimal, up look, or if you want a truly quick-drying towel, we recommend The Onsen Bath Towel This towel is made with a lattice weave (sometimes called waffle or honeycomb), which hangs well and is thinner than terry. Made of American-grown Supima cotton, The Onsen is one of the softest and smoothest lattice towels around. It’s relatively expensive, but costs less than similar towels imported from Japan. $55 from Amazon.