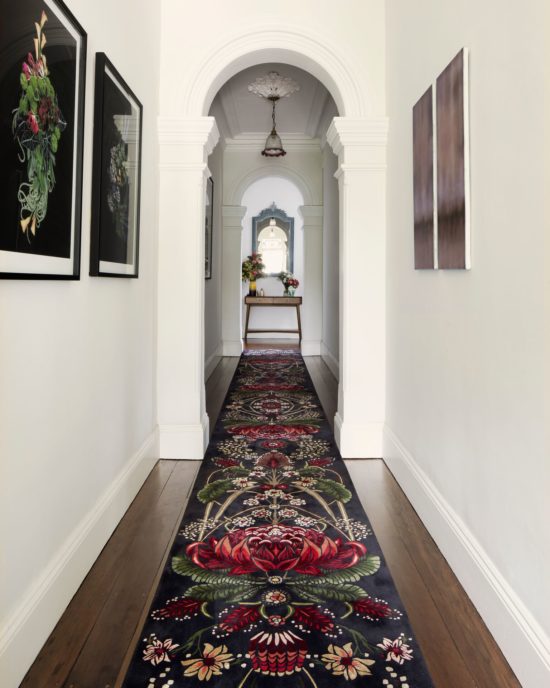 Her style for the collection is influenced by the Arts and Crafts movement of a century ago, and designers Lucien Henry, and Josef Frank. The new rugs are folkloric and deeply enchanting –  busy with bush flowers and gumnuts set against jewel-toned backgrounds. The prestigious Australian Gold Dinner was one of her first clients for the rugs. 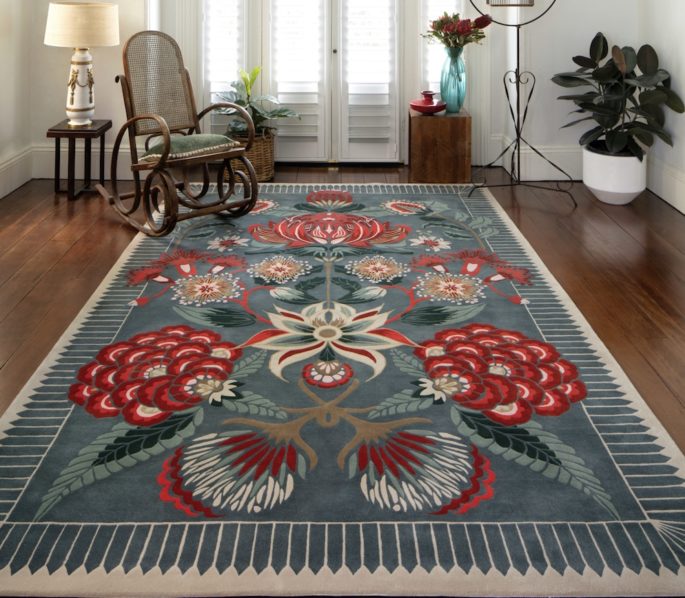 Heras, who has worked as head designer for Baz Luhrmann and Catherine Martin’s company for more than 17 years, has picked up plenty of her own awards along the way.

The rugs have a cultural relevance with names like Wattle Delight, Waratah Wonderland, Gumnut Paradise, Bush Bouquet and Sugarbush. The designs have a sensibility that feels right for now: eclectic, eccentric, inclusive with a mesmerising visual vocabulary that is part opulent, part magpie. These are rugs with warmth, simultaneously retro and edgy, that don’t have rules. They are pieces for everyone to enjoy that work equally well in historic Victorian city terraces, modern beach houses or country cottages.

“I was inspired to create homewares that I would want in my home – that can start a conversation,” says Heras.

There are three rectangle rugs, one circular, and a runner.  Native plants and wattle are hand tufted in New Zealand wool with highlights of shimmering bamboo silk. “I truly believe beautiful design is a contextual, rather than to define a space. My rug designs inform it, giving enough detail and points of interest to match back to other elements of the room.”

There is also a homeware range of table linen, tea towels, and cushions designed to co-ordinate with the rugs. Designer Silvana Azzi Heras at the launch night of her new line with Designer Rugs, www.designerrugs.com.au

The collection which can be custom sized and colour to suit any setting is available now at Designer Rugs stores in Sydney, Melbourne, and Brisbane. 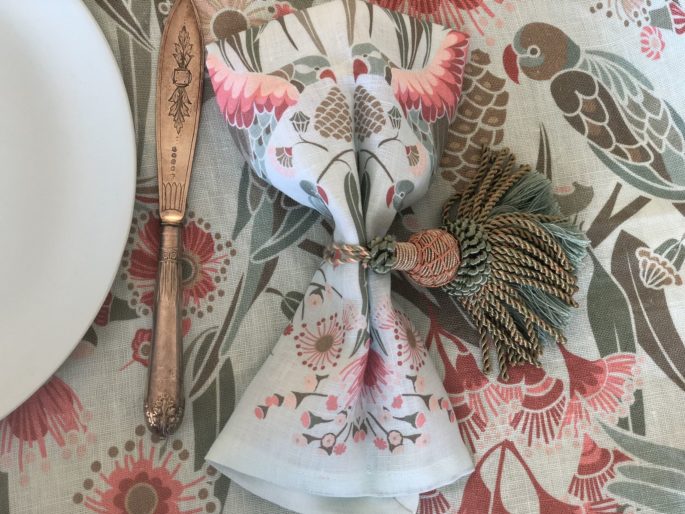 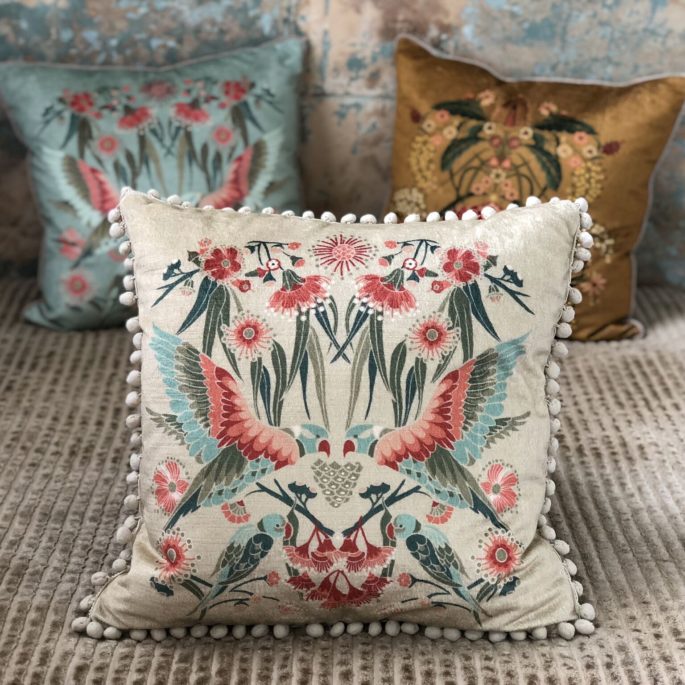 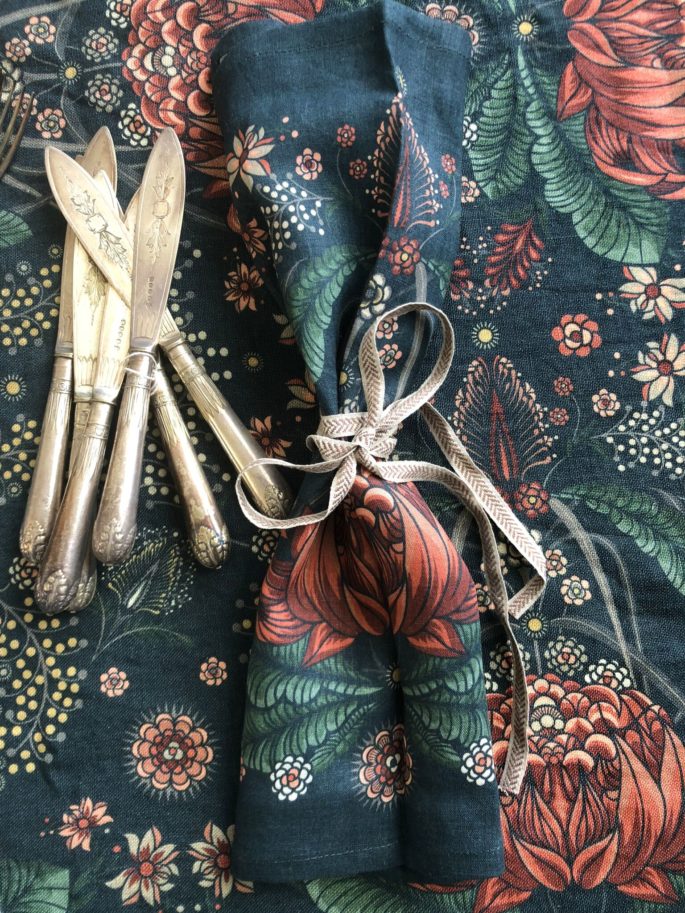 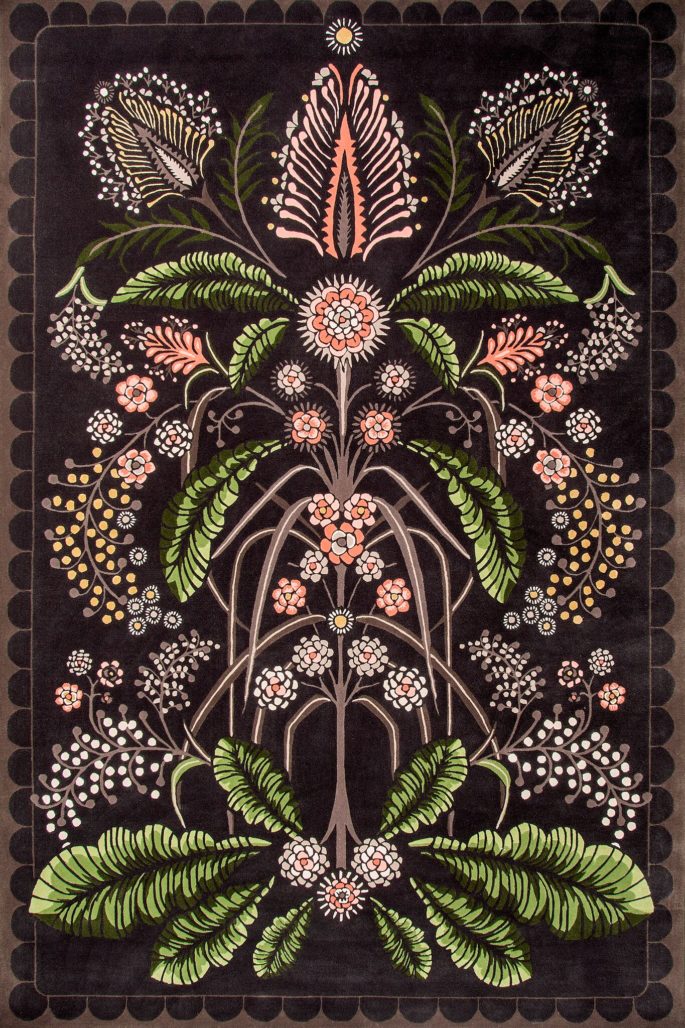 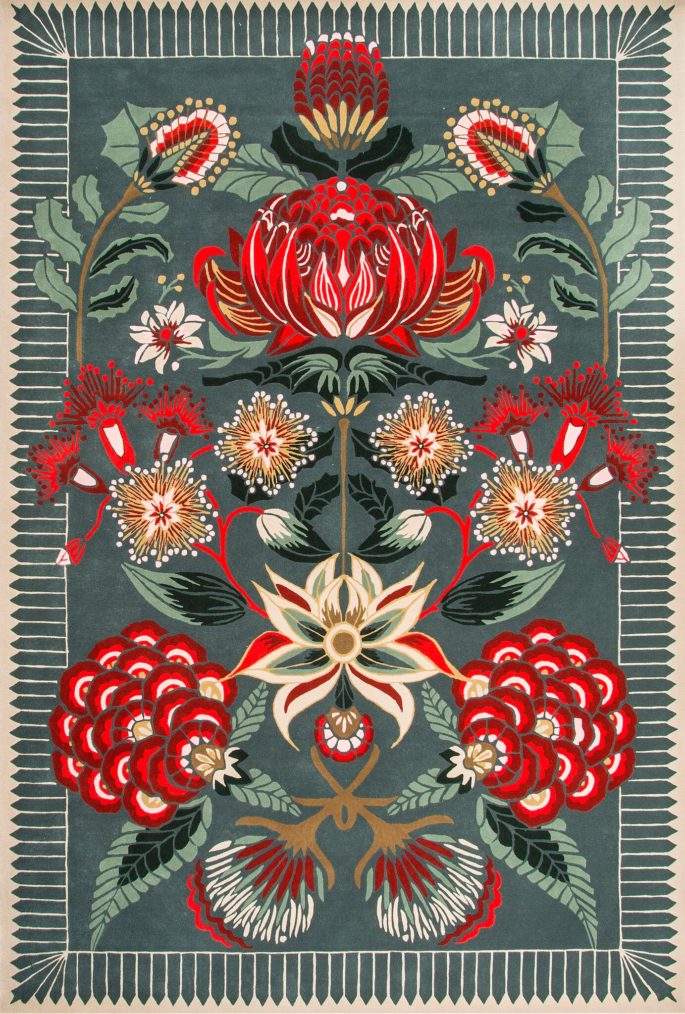