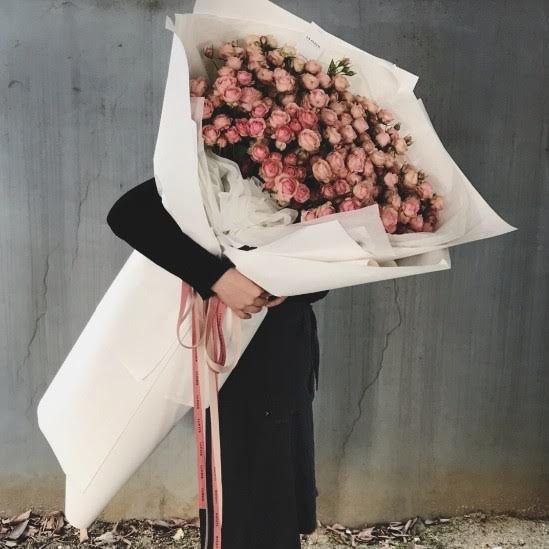 Despite something happening in the floral industry, and florists attracting social media followings in their hundreds of thousands, Bloomey’s is the one Sydney florist, who has continued to service the city’s most prominent families and style set (including our biggest celebrities) with its original and remarkably consistent style.

There is no instagram, no publicity, no self-promotion. Instead the attention settles mostly on the majesty of their flowers – nature’s showgirls – and the classicist approach that owners Janet Bourke and Nelson Pringle have been making their mission since the shop opened back in 1984. The difference from other florists, is they have a decorator’s eye, and unparalleled understanding for the rightness of things.

It might be cubed lush tropical foliage on crisp white damask cloths for a smart city dinner or apple trees (mixed with truckloads of rhododendrens) to line the church aisle for a country wedding. Both are equally fabulous, but Bloomey’s know suitability is everything.

If it weren’t for their famous discretion and confidentiality, they would be known for having the most prestigious client list in the country.

At one very grand funeral in Sydney last week – with flowers fit for royalty – everyone was asking who was the florist? Bloomey’s had of course, been called in. Bloomey’s is the one Sydney florist, who has continued to service the city’s most prominent families, as well as celebrities.

Its arrangements range from loose, big natural arrangements or authentic, fine flowers like your rather fabulous posh aunt used to do. They are thoughtful flowers that reflect the client: they have a gaggle of amazing old urns, pots and vessels they work with. Everything we admire about fresh flowers – the fragrance, the delicate structure, the fleeting beauty, and connection to nature – is there.

There are no cool rooms. All flowers are market-fresh and seasonal: right now you will find the shop filled with Autumn roses in their last blush of honey, cream and apricot. In Spring it’s a riot of colour. There’s always jaw-dropping foliage. Old-guard Sydney continues to turn to Bloomey’s Floral Design – and nature’s showgirls – to express their feelings for weddings, funerals and parties.

A few favorites are hydrangeas, roses, delphinium, campanula, foxglove, fritillaria and lily of the valley. We love how delicate and feminine these types of blooms are – they seem to have their own charming personality. Sweet peas, blooming branches, hellebores and completely original colour palettes. Another recent funeral featured garden roses, hydrangeas and dahlias in all colours. Although Janet says a recent obsession is “Australiana – and hedges of Mccarthur bottle brush for tabletops”.

For my own wedding I left it to Bloomey’s to create the kind of atmosphere you might have found in an aristocratic ancient Roman villa, (despite being in Sydney), with white tulips and asparagus fern twisted around towering candelabra. Urns brimmed with white hydrangeas. I carried white Shasta roses (they remembered them to be the first flowers my husband ever sent me). Our teenage daughters carried purple lisianthus to match their charcoal silk dresses. At a later ceremony, I carried cymbodium orchids to match my pale pink silk dress.

Definitely one for your little black book: because you never know when you might need the right flowers (and advice) for a wedding, funeral, or to send to a special friend….

One of the interesting things about the pandemic i

The world may be reopening, however our love of ho

New perspectives. New ways. Be the first to see a

One of the interesting things about the pandemic i

The world may be reopening, however our love of ho

New perspectives. New ways. Be the first to see a