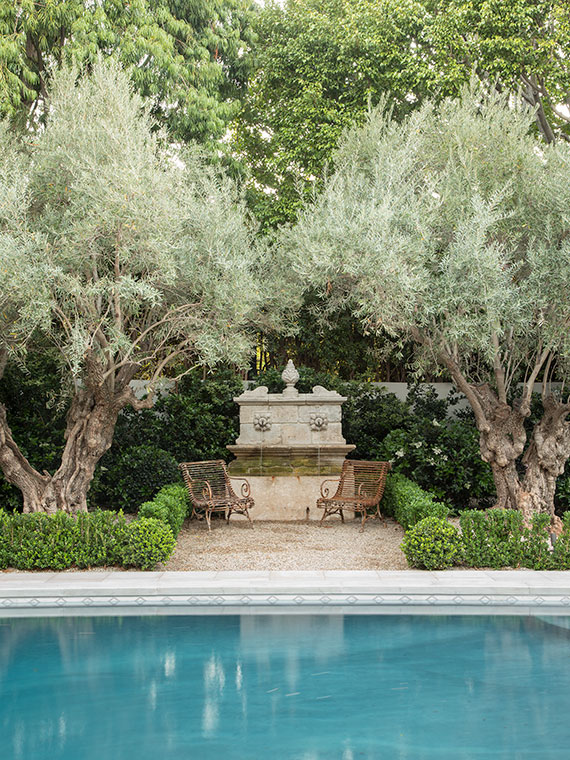 Whether you want to frame a view or block one, sometimes all it takes is a few well-placed plants — and some guiding principles.

When some of us first see our garden it just looks overwhelming. That’s what happened to Bill Noble and his garden in Vermont thirty years ago – “It was a gorgeous landscape, spectacular, but it was huge,” he recalled thinking of that day nearly 30 years ago, when he looked out from the deck behind the modest 1830s Greek Revival farmhouse, across fields and forests. “Way beyond the scale of anything I could imagine gardening with.” But garden there he did, with every action geared toward one resounding goal: creating connection. As he writes in a new book, “Spirit of Place: The Making of a New England Garden”: “Much of what gardening is about is the feeling of being connected to a place, fostering a sense of belonging, and becoming familiar with the natural rhythms and cycles of a particular piece of the earth.” Read more, ‘How To Create An Outdoor Room.’ 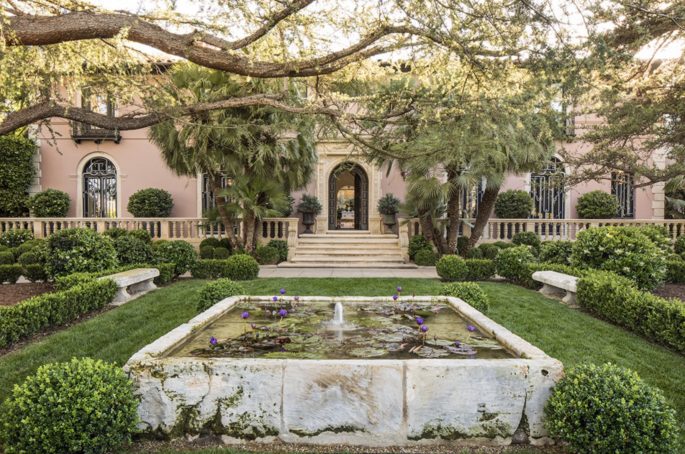 Although Noble a garden designer and former director of preservation at the Garden Conservancy, is telling the story of his own garden, it is an object lesson on the considerations involved in the making of any garden, reports New York Times this month. Read more, ‘Making A Modern Garden.’

In Noble’s environment, the process involved two kinds of efforts. He accentuated the best views, with their rural character and agricultural history.

At the same time, he developed various human-scale spaces within his boundaries — among them, a flower garden and another garden for vegetables, a rock garden and a number of inviting spots to sit.  “It was about making a variety of places in which to garden, or be, or work. All it took was seven bare-root poplar trees and some columnar evergreens, and that changed everything. To make a garden that belongs contextually and emotionally to its surroundings, you need to ask yourself to set guiding principles. Read more, ‘Landscaping Don’ts: 10 Design Mistakes To Avoid.’ 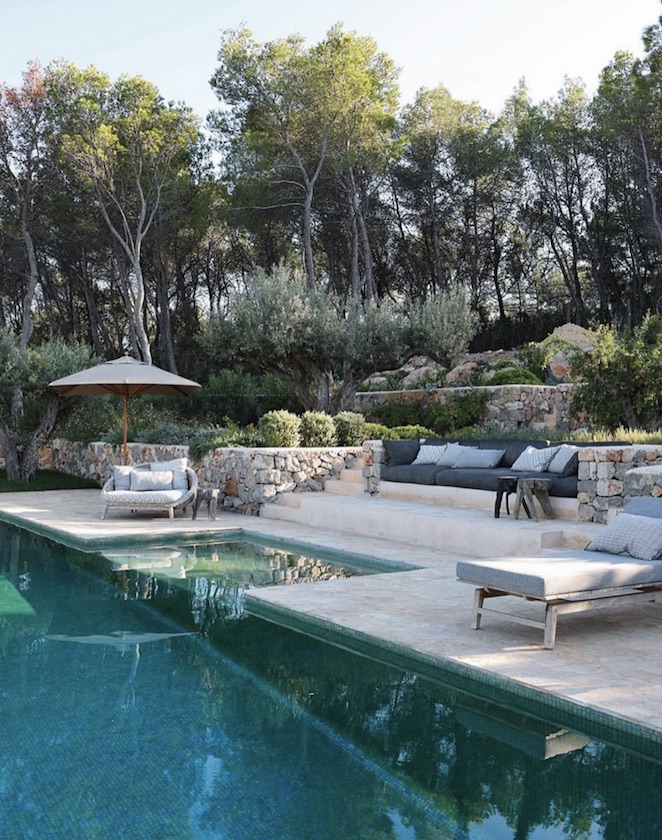 The process is a self-assessment: What do you really care about?. Try and understand context — the surrounding environment, its landscape and architecture — as well as how you will use the space and your goals as a gardener. Read more, ‘How To Improve Your Outdoor Space.’

One guiding principle for his own garden listed in the book: “Plants should be the primary means of creating structure and interest, rather than architecture or garden ornament.” Noble used plants to set up sightlines to feature nearby farm fields and distant mountains. And to make certain he could no longer see what was on his neighbor’s television screen each evening. His practice, then, is about strategic plant placement — whether to frame, erase or just show off and delight. Noble shares a few lessons he has learned about strategic plant placement along the way.

Determining the right plant for each task is not merely about size, but also shape, colour and even texture, and which seasons it offers which characteristics in.

Designing (or refining) a garden doesn’t begin by just walking around outdoors, but by going inside and looking out from various places in your home, registering potential views from key spots. Determine where the best views are and where you want the garden or the scene to present best from. Is it a window? The deck? A porch? First, find your vantage points. The view from your dining room window might be the most glorious inside-outside view, in which case, the garden should present well from the deck. Establish focal points to draw you to, even in months when you are not outside. Most sites don’t have such obvious viewsheds as his, but if you frame a smaller slice of borrowed scenery it can make all the difference, creating the illusion of expansiveness. 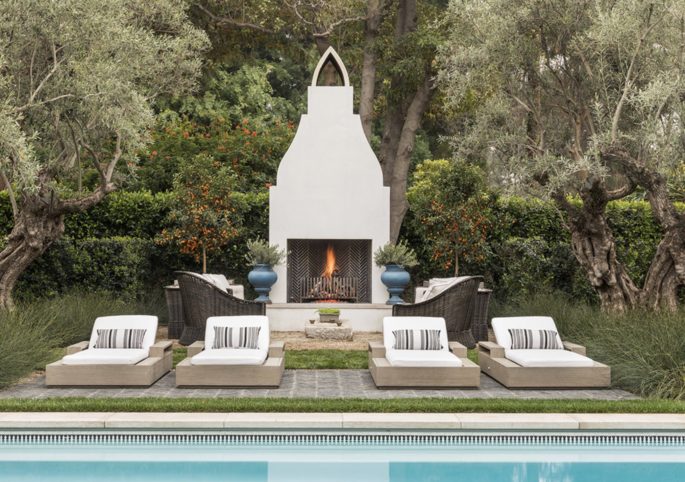 What Needs to Be Erased?

It’s hard to imagine a garden-in-the-making where something didn’t need hiding, Noble says, whether it’s a propane tank — or an entire house. A large, bright home with that distracting television set stood to the west of his property, and a just-sold building lot to the east needed addressing, too.

Noble sought deer-resistant evergreen for the first instance, planting a staggered row of spruce — which, unlike some conifers, can hold its lower branches when older. He added a grid of apple trees inside, as though there had been an orchard there. The result? What was originally meant to be a utilitarian screen is now one of the garden’s real joys. Sometimes a single, well-positioned plant can do the job, and Noble thanks the gardener who lived in his house for 60 years before him for one such placement. She erased any awareness of a telephone pole effectively with a suckering white lilac.

Or Maybe the Road Is the Issue

Like many old homes, Noble’s is set close to the road, which can limit its sense of privacy, and also means unwanted noise. In the 1830s, people were really glad to see people passing by, but he wanted more privacy from within the house, and when he was out in the garden.

A side benefit: Our own buffer keeps down dust, too — we live on a dirt road. For this and all screening jobs, which tend to be in less highly maintained areas, Noble creates a decision-making matrix before choosing plants. His own criteria included whether the plant under consideration was reliably hardy and could survive the deer. Was it fairly disease- and pest-resistant, and how much care would be required, including pruning? How would it perform over the years? Some fast-growers age poorly. He considered how aggressive a plant was and its affordability, because multiples would likely be required. And whether the plant was native and had wildlife value was also important to Noble, who favours native shrubby dogwoods and willows in looser areas. Read more, ‘Your First Garden: How to Start A Garden For Practically Nothing.’ 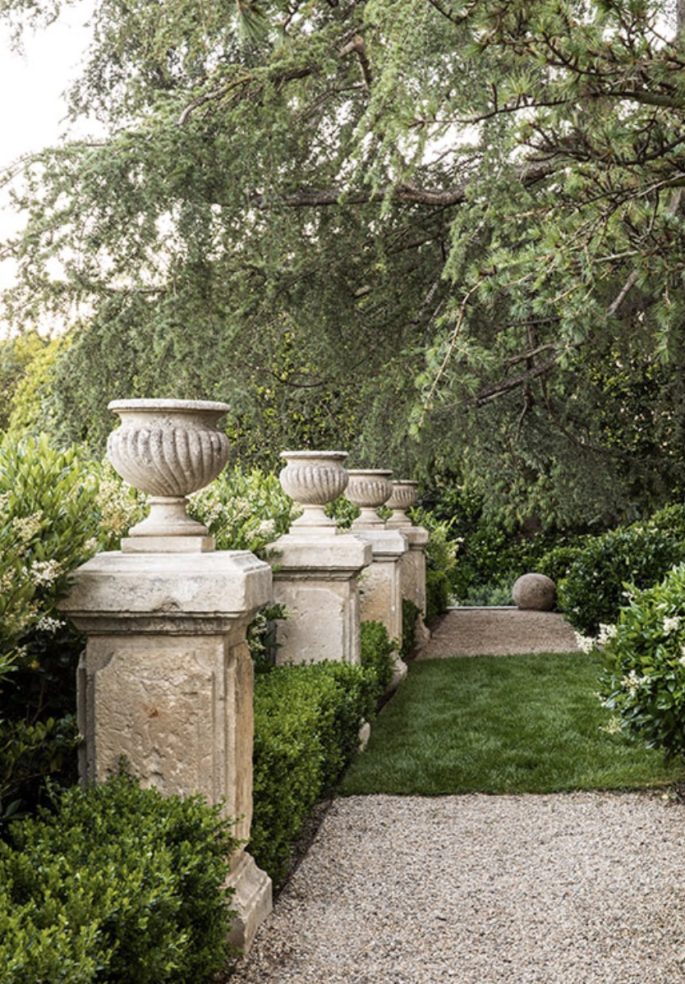 Not All Screening Requires a Solid Wall (Even of Plants)

While a traditional hedge — an expanse of a single plant like hornbeam or arborvitae — has its purpose, Mr. Noble prefers a less conventional method of screening. For a client whose porch felt too exposed, he took a three-layer approach. Along the road, he chose a mixed planting of pine, hemlock, dogwood and birch. On the lawn, one strategically sited deciduous tree created a sense of privacy between the road and house. The final touch: a group of lilacs on the porch corner. “All are serving the same purpose, to screen the road for people on the porch,” he said. “But nobody would think it’s screening.”

When screening along a road or other shared boundary, Mr. Noble said, remember both sides. “I prefer a more generous mix of conifers and shrubs on the public side to a hedge,” he said. On the inside, they form the backdrop to a more intimate garden space, with perennials and grasses. “The same plants serve as the spine,” he said, “but each side’s view is very different.”

Screens can be rendered less formidable by introducing what Mr. Noble calls “pocket views,” like his carefully placed break in a dogwood-willow hedge: “I wanted to give passers-by one peek.”

If It Will Alter a Neighbour’s View, Discuss It First

The neighbours whose house Noble wanted to conceal are friends, so he let them know ahead of time. The surprise there was that they wanted screening. I worried I’d impact their view, but it gave them more of a backyard — and they didn’t have to look at us.” Then they took it a step further: “We mowed a path so we could walk back and forth to one another’s gardens. We screened, but also set out an invitation to visit.” 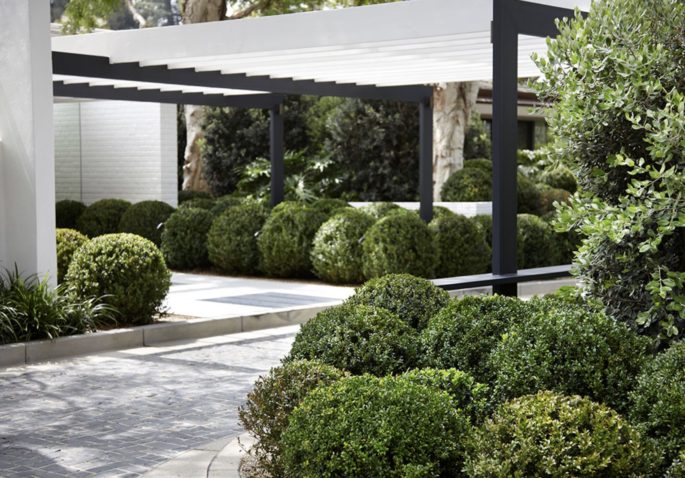 The Shape Is Part of the Palette

When Noble needed to “set a boundary for the garden,”  he used poplars and columnar DeGroot’s Spire arborvitae. The poplars punctuate the edge of the field, marking quadrants of the adjacent flower and vegetable gardens, but most of all saying, “The garden is not infinite; it ends here.” The columnar shapes draw the eye upward. “Remember that the sky is part of the garden, too — and the clouds, and even storms.” As counterpoints, shrubs with lower, rounded shapes, especially those with wine-coloured foliage, have a density that helps ground the garden.

Colours Can be Strategic

Some plants advance visually, saying “look at me,” especially those with silver or gold foliage. Variegated leaves of gold, yellow and white are likewise refreshing, and draw the eye.  Maroon has become a signature, too. Shrubs with burgundy foliage enhance the colour palette of flowering perennials. It shows off blues and pinks and silver foliage really well. Repeating signature decisions — and plants — unifies a design. Noble added a poplar at each end of the far garden’s reaches, as well as an extra columnar evergreen apart from the rest. That strategic repetition tells you that you are in the same garden.

Plan to make a shady place — or at least include a shade tree. Better still, plant a number of trees grouped together, to create space and shade, a cool place for people to gather. And all gardens, however large or small, need one private place. Something such as a teak bench in the shade of an old apple backed by a stone wall, will provide a spot to just be, offering a long view.  You need a refuge. A place with more intimate planting around it that tells you that’s where you want to go. 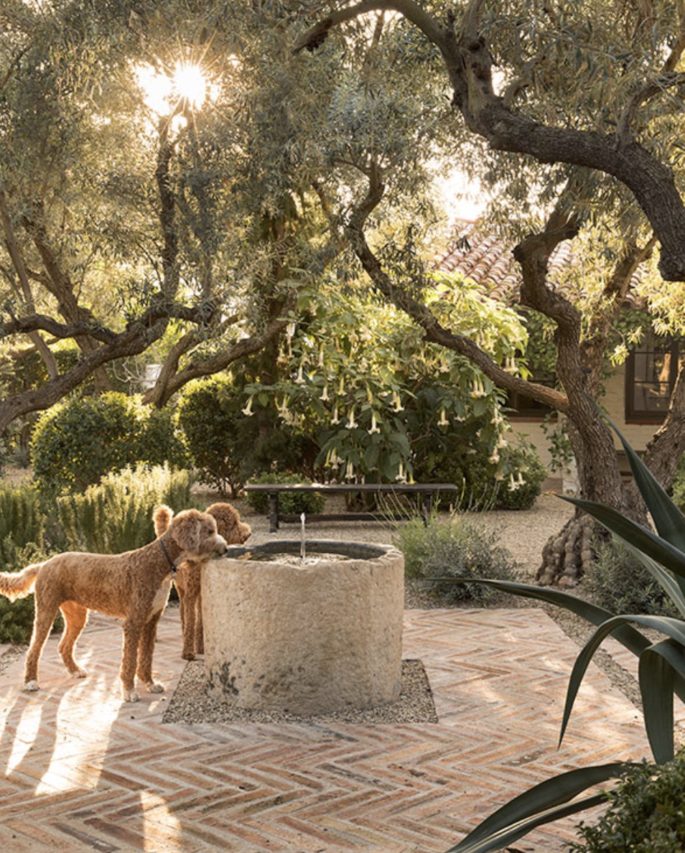 The Hacienda by Scott Shrader, scottshrader.com