10 FLOWER DESIGN PROS HATE, AND THE ONES THEY LOVE

Sunflowers it turns out, have few fans. Peonies are a hot fave. 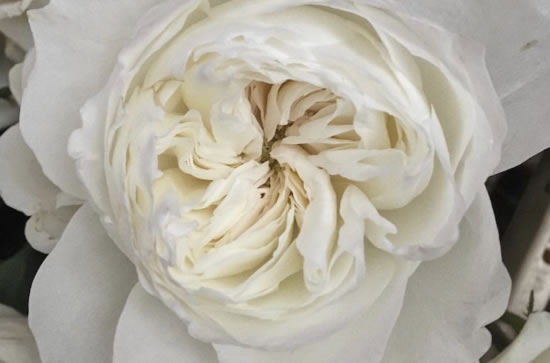 Designers and florists voice very strong opinions, both scathing and affirming, on flowers. Sunflowers, it turns out, have few fans. Peonies are a hot fave.

We know it’s wrong to detest a poor innocent bloom, but  we can’t resist sharing the Wall Street Journal’s recent list of least-favorite flowers. Even the most diplomatic designers, florists and architects have preferences, however. Some blossoms please, some bring on bad memories. Of the widely disdained sunflower, one designer laments:  “It reminds me of lurid 1970s kitchens and tacky fall decorations.” Here, are picks from 12 aesthetic experts: Loathed: “I really dislike zinnias, which are pretty common in plant beds in Houston,” said Paloma Contreras, a Texas interior designer and Insta fave. “They don’t look very delicate, and the colours are too bright and garish for my taste.”

Beloved: “I’ve recently come around to baby’s breath” she says. “For years, it’s been regarded as a loathsome filler flower, but when you arrange big bunches together, the result is super chic and fresh.” 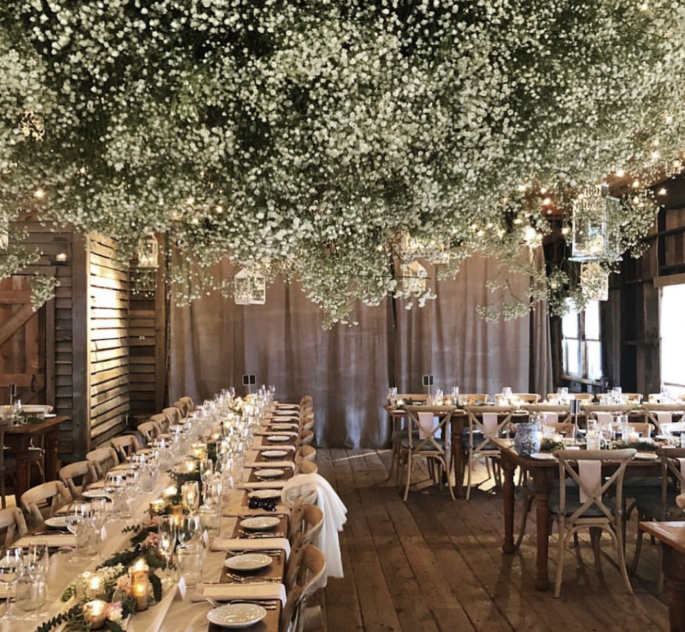 Loathed: “Nothing says just in from the supermarket and out of the cellophane like the unimaginative bouquet,” said Michael Amato, creative director of the Urban Electric Company, who adds this description: “Pointy ruffled petals, speckled interior—the combination makes them look like a diseased tongue.”

Beloved: “I grew up in New England, and daffodils always meant spring,” he said. “And my grandfather called them narcissus, their proper name, so they make me think of him.” Loathed: “Gerbera daisies are revolting—loud, cloying, obvious and garish,” said Adam Rolston of INC Architecture & Design, in New York. “Andy Warhol wrecked that flower for me in his 1980s series of them. He could hold a mirror up to our worst vulgarities and make us hate ourselves for it. In this case, I just ended up hating Gerbera daisies.”

Beloved: Mr. Rolston appreciates the deep purple and pink of the banana blossom as well as its uncommon silhouette. Lily of the valley via @phillipacraddock.

Loathed: “Unless you’re trying to re-create the colours of Switzerland in summer, impatiens are hard to use well in almost any garden,” said M. Brian Tichenor, of Tichenor and Thorp Architects, in Los Angeles. Despite this drawback, impatiens prevail, he said, because they grow “just about anywhere.”

Beloved: “We use a wide variety of succulents,” said Mr. Tichenor, “which most people don’t think of as flowering. The latest favourite is echerivia with its cadmium red flower.”

Loathed: “Forsythia is this glaring, egg-yolk yellow that arrives early and therefore has only brown, grey bark to sit with,” noted Annie Selke, whose eponymous company, sells rugs, linens and furniture. “If it came out with more green around it, I’d probably have a much more favourable view.”

Beloved: Selke could not settle on one: “Peonies for their shape, colour and scent; lily of the valley for its delicacy and scent; and ranunculus, for the complexity of petals and the fantastic colours it comes in,” she said. Loathed: “Orchids are a rare, special breed, a small treasure,” said New York designer Frank de Biasi. “My favourite is the lady slipper, especially when seen in the wilds in Virginia, where I grew up.” But the white orchid in its ubiquity, recalls “banal, cookie-cutter high-rise condo buildings,“ he said.

Beloved: The purple flowers of the verbena recently planted on his terrace “make for a beautiful arrangement—chic and airy with a mind of their own and perfectly contrasted with all the green in our apartment.”

Loathed: “The ruffled edges of the carnation remind me of a ruffled tuxedo shirt that has been wadded up and thrown on the floor,” said Leslie Hendrix Wood, a Midland, Texas, designer. “A boyfriend in high school sent me a make-up bouquet of carnations after we had a terrible fight. I dumped the boyfriend and developed a lifelong aversion to carnations.”

Beloved: Ms. Wood prefers ranunculus. “The layers and layers of soft petals give the flower a dreamlike quality,” she said. Loathed: “Generally, the flowers I don’t like are those that are overused,” said Stephen Block, president of Inner Gardens in Los Angeles. “Wilshire Boulevard in Los Angeles, for example, has miles of beds overflowing with pink impatiens. I am bored to tears.”

Beloved: A flower’s comeliness depends upon its context, said Mr. Block. “That same pink impatiens in a pretty black planter can be striking and beautiful.”

Loathed: “The colours of azaleas are too strident, the overall form of the plant ungraceful and the ratio of flowers to foliage too equal,” said Joan Dineen of Manhattan’s Dineen Architecture and Design. “On Mother’s Day, everywhere one looked were scrawny pink-flowered plants with matching hot-pink tin foil wrapping their plastic pots. They no longer looked like living things.” Roses are always in fashion among the design set. Image via @amy_merrick.

Beloved: “For my 40th birthday my husband terraced a hillside on our Sonoma property and planted 400 rose bushes. I spent most weekends over the next decade happily toiling there.”

Loathed: Begonias are missing the organic nature and soul that I love about so many flower and plant species,” said Laurie Blumenfeld-Russo, of Brooklyn firm LBR Home. “The waxy leaves look plastic.“

Beloved: Liatrias tops the designer’s list. “Spectacular bright purple tufts of flowers open from the top down on a tall spike,” she said. Peonies are a unanimous favourite among designers.

Loathed: “I find the smell of Casablanca lilies sickening, and they remind me of death,” said New York designer Philip Gorrivan. “My mother is from Casablanca, so I always grew them. But she doesn’t like them either.”

Loathed: “The mustard of a sunflower’s petals, combined with the brown centers, are not tones I would normally go with,” said Los Angeles florist Eric Buterbaugh, whose clients include Beyoncé and Tom Ford. “And their thick, prickly stems make them hard to arrange with other flowers.”

Beloved:  “Peonies. The fragrance, the size, the colours, the way every day it looks a little different—it truly is the queen of all flowers.”