THE POLITICS OF THE DINNER PARTY SEATING PLAN

Does where you sit at a dinner table signify your social importance? Or do we just not care anymore? 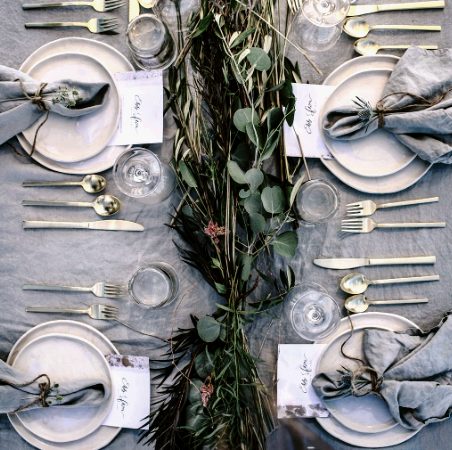 We love Tatler’s magazines recent story on the subject. Seating plans have always been tricky- throwing up every kind of insecurity for both host and guest, and making all involved feel nervous.

But the thing to remember, says Tatler, is that seating plans are essentially kind, because they prevent that awful milling about and prep-school seat-saving that happens when you let folk go freestyle. There’s always some poor soul left standing, holding a plate wishing they were dead. Or at least at home, far away from this scary bunch.

But where you are placed at a table positions you in the social universe. It sign posts how you are perceived. How you are valued. Who doesn’t notice they are on the right of the host at the first dinner, his left at the second and down the end of nowhere for evermore?

Is this a slip in status or just comfortable intimacy? Similarly, what single girl doesn’t notice that she’s dumped in between two other women because her very existence messes up the numbers and threatens the married women? Bottomless pit of angst. Should we just stick to nice, solid old ‘seating plan’. But we have come up with two modern solutions. Because we are helpful and frankly rather agenda-setting when it comes to this life-or-death stuff.

First, names in a hat: call them out and let the universe decide. We’ve tried it for dinners of 12 and it works perfectly to reassure people that everyone has a place at the table and this stuff really doesn’t matter. But if you fancy whacking this method out at a bloody great nuptial or bar mitzvah or some such, do let us know how it works out for you.

The second way- and perhaps the best choice- is to demonstrate that the seating plan is not a life sentence. It’s not even an evening sentence. Think musical chairs. When one person gets up to smoke/go to the loo/whatever, you-as the host or hostess- take their place. When they return, they must take yours.

And so everything becomes fluid, and people who have formed connections can continue, while those feeling disapoointed/betrayed/doleful can move and be made to feel safe and special elsewhere.

So much better than that rather lugubrious ‘men move two places to the right’ nonsense, which has the air of a sluggish and inelegant dance.

So do a seating plan. But if you don’t take it too seriously, then no one else will either.